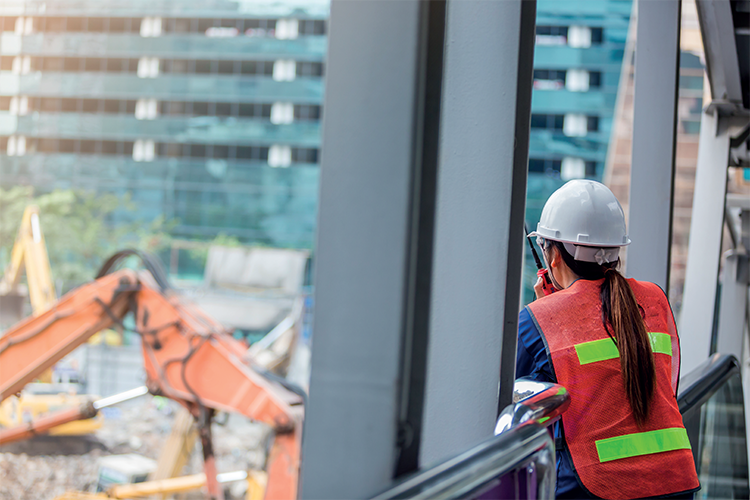 Ayming recently wrote a whitepaper about Women in Construction – pulling together research and speaking to six women from the industry to give their perspectives on the challenges and opportunities for a sector still struggling to compete for talent with more glamourous occupations. (You can download the full whitepaper online – see the URL at the end of this piece.)

The UK is seeing a steady rise in the number of women working in construction. Like in many male-dominated industries, the last decade has been a particularly transformative period of addressing the gender imbalance, driven by the success of initiatives to increase the number of girls studying STEM subjects at A Level and beyond.

These successes though, are not keeping up with demand, and UK construction faces a growing talent crisis. It’s proving to be one of the slower sectors to embrace diversity and widen its talent pool. Historically, women working in construction faced deep-rooted and considerable gender discrimination with one of the major challenges being basic acceptance onsite. Liz King, Group Head of Excellence at Mott MacDonald recalled that “you had to be pretty thick-skinned back then, in the late 70s and early 80s, you were followed by wolf whistles everywhere you went. It was pretty grim, to be honest.”

This remains the key problem. Even today, in a survey conducted in 2020 of over 4,000 women working in the industry, 72 percent admitted to having experienced some form of gendered discrimination. So evidently, whilst the industry has made significant inroads since the 80s, the challenge of integrating women into the sector more effectively remains. It’s up to us – women in the industry – to change the status quo and bring more women into construction. For this, there are several main mechanisms.

The grassroots talent pipeline
Whilst statistics like this paint a bleak picture, there is reason for optimism. Recent research has revealed that a younger generation of women is aspiring towards careers in construction, enabling the sector to diversify in its attraction of talent.

Indeed, more women are studying engineering courses at university and technical colleges. When King graduated, just five percent of her class was female. Including technology courses, the proportion is now 21 percent. Women also now comprise 31 percent of all newly qualified surveyors and 50 percent of architects under 30.

Although these figures are promising, it’s not proving to be enough, and the case for a career in STEM has to be made stronger. There is a persistent lack of awareness among school students about STEM subjects. The path to a career in STEM needs to be communicated more clearly by teachers, parents, and those in the industry. Providing that vision and making it seem exciting and respectable is what will capture imaginations. Meanwhile, firms have a responsibility to close the gender gap for younger generations.

Career guidance and mentorship
The ongoing challenge for the industry is not only about increasing the number of women entrants, but also their retention and development, so more advance to senior positions. That example can be provided by role models who have already risen through the ranks.

The role of a mentor can be transformative and having women in positions of seniority who are willing to guide the next generation will also be a key driver in the continuation of this positive trajectory. As part of her work with the Forging Links scheme, Penny Fitzpatrick, Commercial Director of FUSE Architects, stated “one of the low points as the only woman in the room – in an industry full of acronyms – is not knowing what people are talking about.” The group works to unpick topics in an informal environment in a language that everyone can understand.

According to Alex Steele, Chief Financial Officer of engineering firm, the Waterman Group, increasing gender diversity within apprenticeship schemes is the first step to attracting more women to the sector. Drawing on her experience with PwC’s accountancy apprenticeships, Steele helped introduce Waterman’s scheme after a government levy was launched in 2016. She says, “it’s been a huge success. We have diversity in terms of background and some great female apprentices. And we’ve held onto them. This year we will almost double the intake”. Degree-level apprenticeships now offer a second chance for employees who’ve missed out on a university education, but also for companies that cannot attract enough graduate candidates, with funding available for businesses of all sizes. It’s also possible this way to talent-spot staff in clerical and admin jobs, often women, to retrain for harder-to-fill technical roles.

Changing an image
With the post-Brexit exodus of European engineers back to the continent, the construction sector faces a big opportunity to reposition its image to prove its commitment to diversity and sustainability. That is what will attract the next generation of talent.

To augment the positive trend of the last decade with the emergence of women in the sector, apprenticeship schemes to encourage girls to take STEM subjects at A Level and beyond, and mentorship programmes will be crucial. Whatever the next decade takes shape for the construction sector, women will play a more prominent role.

In the UK, Ayming helps businesses to improve their financial and operational performance through innovation, tax, working capital services. The R&D team has claimed more than £300m of R&D tax benefits for its UK clients a