Keen on building relationships founded on experience and trust, Britcon has earned its reputation of being a multifunctional civil engineering and building company, capable of serving numerous sectors
Multifaceted competence

Keen on building relationships founded on experience and trust, Britcon has earned its reputation of being a multifunctional civil engineering and building company, capable of serving numerous sectors

As demand from customers for a more diversified set of services grew in the late 1980s, Specialist Surfacing’s chairman Derrick Hunt set up Britcon – a civil engineering company, to act alongside his road surfacing and road planning business. What followed was a series of successfully completed projects and the broadening of Britcon’s expertise that enabled the company to operate in 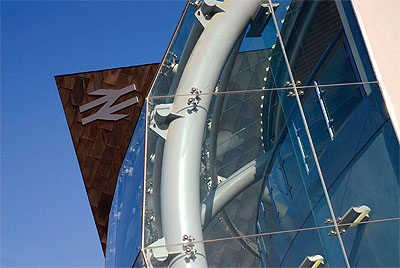 several distinct sectors. “We grew steadily in the 1990s and relocated to our current facility in Scunthorpe in 1998. There we found an existing workshop facility, which our chairman turned into the steel fabrication, design, and erection division of the company,” Managing Director, Paul Clarkson begins. “We had considerable success in the 2000s, particularly in general construction, where we had got involved in a long-standing programme with VOSA (Vehicle and Operator Services Agency). Over a period of sevento- eight years, we completed various projects nationwide that amounted to more than £40 million. In the meantime, our steel business focused part of its work on supporting Network Rail with the construction of a number of steel structures along the network.”

When the 2008 financial crisis turned the business world upside down, Britcon had firmly been on the growth curve. Little opportunity was to be found in either the public or commercial sectors during the recession, so the company focused on repositioning itself in a new area. “We diversified into the energy sector, which sustained the business during that turbulent time. We were fairly successful between 2009 and 2012, in particular, but even today, we have created a niche in this sector and have aspirations to grow it,” Paul discusses. “The company has completed several STOR (Short-Term Operating Reserve) plants across the country, and, in general, we can see a lot of opportunities, as the sector is moving away from the old forms of energy. Battery storage is also coming to the fore, so, we are certainly planning to take advantage of these ongoing trends.

“In recent years, we have also built four anaerobic digestion plants – two in Doncaster, one in Widnes, and one in Dagenham, for ReFood. When we first diversified into green energy, we were awarded a contract to construct the first plant in Doncaster, but, over time, we have built on that relationship to eventually deliver the construction works for another three plants,” he outlines. “The latest facility – in Dagenham, represents a £32 million investment by ReFood, and is the most advanced integrated AD plant dedicated to food waste in the south of England. In fact, the food waste from the first two plants is converted to gas used to produce electricity, while the gas from the latter two sites is injected directly into the National Grid after being carefully tested continually for full compliance with the Gas network’s stringent requirements. Our involvement in these projects is an excellent example of us targeting a specific market, getting a foothold and building lasting relationships, allowing ourselves to grow and move on to larger schemes.”

Interesting projects
While the energy sector has been a fast-growing field for Britcon, it is commercial and industrial building that has proven the core sector for the organisation since the turn of the century. Paul details: “We often develop warehousing and office spaces, but where we have really seen growth in the last few years, is in our work for process-led manufacturers. We have partnered with steel producers and chemical factories, for example, all of which are businesses running complex processes that need a level of support in civil engineering.”

Since around the beginning of 2018, Britcon has been present at McCain Foods’ factory in Scarborough, where it is involved in the facility’s redevelopment, in what is the largest programme the company is working on, at the moment. “In order to optimise its manufacturing facilities, McCain Foods has taken to remodelling its existing site, and we are helping them with the civils and structures to accommodate the new process equipment they want to bring and install across the space. We expect to be there for a while, as the work is projected to continue for the next two years over multiple phases,” Paul explains.

Brief involvement in Retail during 2015 and 2016 brought unsuspected long-term benefits for the company, marking the beginning of a considerable rise in turnover since. “At that time, we were 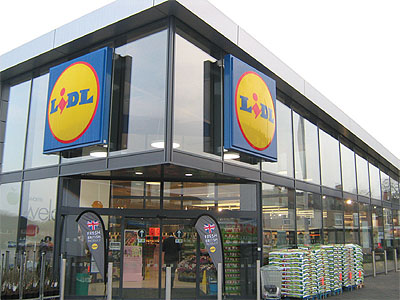 consolidating in the energy sector and doing our usual work in commercial and industrial, when we had an opportunity to work for Lidl. We took part in a number of new-build and refurbishment schemes across the retailer’s network of supermarkets, which accumulated a combined value of £24 million,” Paul recalls. “Shortly after, we decided to pull out of the market, because it had lost a lot of value to us, as prices were driven down due to new entrants. However, the Lidl work had already catapulted our turnover in a very short space of time, which propelled us to grow the business to handle this increase. Following this investment, we targeted our core markets and secured several high-profile commercial, industrial, and energy projects, thus filling the gap left by the discontinuation of our collaboration with Lidl.”

Efficient diversification
Encouraged by the buoyancy of its steel division in the past couple of years, Britcon has set itself a strategic goal to make the most of opportunities. “As I mentioned earlier, a considerable part of the workload for our steelwork business comes from Network Rail, so we would like to build on that relationship in the future. The Government is investing heavily in rail infrastructure and, especially with the development of HS2, the North will feel the positive impact of these schemes over the coming five years. Our desire is to be strategically-positioned to take advantage of the situation and use it as a catalyst to grow our steelwork department,” Paul sketches out his intentions for the future.

“Transport, as a whole, is a large sector of ours, which we want to do more in. Rail aside, we also work with ports and are involved in road haulage, too assisted by our long involvement with VOSA (now DVSA) and constructing maintenance and testing buildings. Establishing a deeper relationship with some airports is potentially another area of interest to us, as we are eager to cover all aspects of integrated transport in our work. Moreover, we should continue supporting the manufacturing industry and enhance our reputation for being able to help process-led manufacturers streamline their practices in a fast-moving and continually changing environment,” he goes on.

During three decades in operation, Britcon has managed to efficiently diversify its service offering, a process that has stabilised the company’s presence in the market and helped it develop an all-encompassing expertise in a multitude of sectors. “It is vital to continue this way,” contends Paul. “Previously, we have demonstrated that we can maximise our opportunities in a wide spectrum of industries, therefore, we need to stay on our toes at all times and try to capitalise on the promising initiatives that are being launched, whilst maintaining our reputation for quality & delivery across all our sectors both private & public.”