At first glance, the establishment of a shipbuilding company might appear to be a remarkable place to begin the opening chapter in the formation of a leading European concrete company – however that is exactly where the story of Concrete Valley begins. The roots of the business date back to 1979 and the foundation of the Ferrocem shipbuilding company within the Rotterdam harbour area. Ferrocem specialised in the design and manufacture of high-end sailing yachts, which were well received by sailing enthusiasts with many examples of the craft still afloat today. The boats derived their strength from the fact that they were manufactured using a material named ferrocement (also known as ferro-cement, thin-shell concrete or ferro-concrete), which is a production system where reinforced mortar or plaster is applied over a layer of metal mesh, expanded-metal or metal fibres and a frame of closely spaced thin steel rods.

This provided the genesis of what would eventually become Concrete Valley, with the formation of microbeton occurring during the 1990s. The business was established as a high-strength concrete company, which today continues to specialise in lightweight concrete structures that encompass extreme spans and design elements. During the subsequent years the business continued to grow in terms of both market presence and capability, with the firm’s owners eventually deciding to take the next step in the evolution of the company as the scope of its activities increased. In 2012 Concrete Valley was officially founded and today operates out of an 80,000m3 production facility, which is situated within the Bergen op Zoom municipality in the south of the Netherlands. 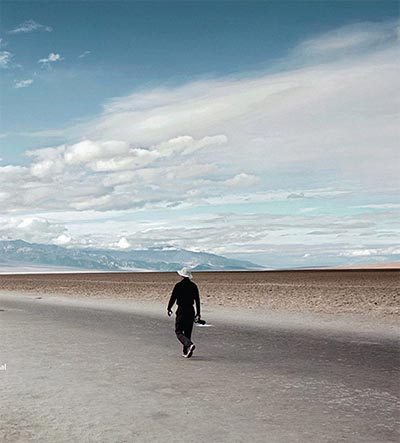 The Bergen op Zoom site is today home to several innovative and distinctive companies, which combine to create a far-reaching and industry leading service portfolio within the concrete manufacturing and construction markets. Concrete Valley is presently represented by three companies, which are comprised of microbeton, Waco and mbX with each business bringing unique operational performance capabilities and expertise to the wider organisation. Across the entire scope of the business Concrete Valley is committed to future growth and innovation, which is typified by a passionate drive towards new ideas and its unique vision to ‘Think it. See it. Make it.’

Although microbeton represents a relatively young and dynamic company, the lightweight, thin and highly durable concrete solutions delivered by the business have established it as a trusted partner throughout the concrete market. This has in part been driven by the fact that microbeton is committed to generating value-added services throughout its operations, which are supported by a stream of steady improvements across the company’s various projects and implementation processes. One of the ways in which microbeton works to achieve its aim of continually improving its level of service is to seek out specialist niches where the company is able to fully excel, while delivering first-class products at a competitive price.

Microbeton also inspires creativity and innovation in operations by engaging with clients at an early stage during the project development process. Indeed, the company understands that customers require proactive and co-operative ‘sparring partners’ to ensure that all principle and design partners within a project remain fully involved and focused. This is backed by a guarantee to deliver what has been promised through joint creativity and the development of tangible conceptual product systems. This has allowed microbeton to deliver a vast number of successful projects for buildings including the Amsterdam University of Applied Sciences; municipal offices within Vlaardingen; and the Hofbad multifunctional swimming complex in The Hague – which was recognised as the Royal Institute of Dutch Architects (BNA) building of the year in 2013.

Waco is a proven producer of robust industrial concrete elements, which are mainly used in the development of industrial products. The roots of the business date back to 1888, when Jacob Isaac van Waning VI established the ‘Rotterdamsche Cementsteen fabriek van Waning en Co’ (Rotterdam Concrete Plant), which has continued to evolve and develop over the proceeding years. In 2006 Waco Liesbosch Beton B.V and Lingen Beton N.V. were merged to form Waco Lingen Beton, which subsequently underwent a major reorganisation during 2012 to become part of Concrete Valley. In 2015 the business also initiated a significant rebranding operation, which saw the company change its name from Waco Lingen Beton to Waco.

Across all of its operations Waco approaches every project proactively and offers its clients expert advice, which applies to all stages of project implementation from design to final delivery and installation. Waco is committed to the manufacture of solid products in both standard and bespoke configurations, which are applied throughout the utilities, industrial and infrastructure industries. The company also maintains a fully transparent production process, which guarantees premier standards in terms of design and a high-quality end product. Waco is currently involved in the on-going development of London’s Bond Street station on the London Underground Crossrail Elizabeth line. This project is being undertaken on behalf of Crossrail and Sorba and includes activities such as wall cladding elements, concrete columns and ceilings.

The third company that currently exists within Concrete Valley is mbX, which operates as a private venture that was founded during September 2014. In only a short amount of time the company has established itself as a professional manufacturing partner that specialises in the production of geometrically complex concrete elements. mbX is focused on developing large-scale and prestigious projects all over the world, with high profile examples of its operations including the Arnhem Centraal railway station and London Underground works.

Indeed, during October 2016 mbX was contracted in avery challenging and complex project at London’s Farringdon Station, where the company was involved in the engineering and manufacture of both single and double curved moulds and elements in conjunction with Sorba. The panels themselves were installed as both wall and ceiling features and were selected by Crossrail as the ‘best product’ to meet the project’s demanding requirements. The preliminary phase of any mbX programme entails its strategy of optimisation, which is achieved by working in close collaboration with clients at an early stage. The company further manages its own modern production facility, which is equipped to meet the specific demands of every individual project.

The unique and targeted services of each company operating within the business allows Concrete Valley to offer the concrete industry complex and highly trusted solutions, both domestically and internationally. During the coming years Concrete Valley is committed to strengthening its unique position within the concrete industry, which it will achieve by continuing to deliver expert concrete solutions and by welcoming new companies into the business during the near future.