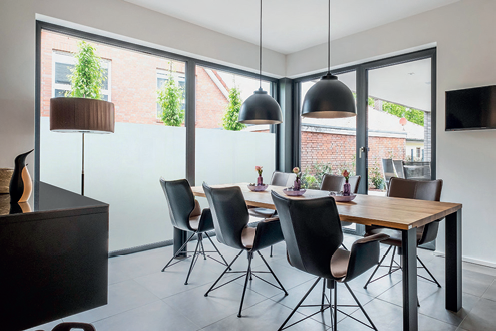 However, polymer supplier REHAU has responded to say a potential solution lies in the form of a new innovation known as Smart Privacy, which lets full windows or individual sections become non-transparent by the touch of a button.

REHAU’s particular solution is due to be launched later this year and will be the first of its kind to be able to be produced industrially, and can be implemented on both commercial and residential buildings. It can also be conveniently controlled via a specially developed app or a Smart Sense controller on the window.

Russell Hand, Head of Product Management and Technical at REHAU, comments: “We absolutely support the drive to refurbish and repurpose the abundance of empty office and retail units across the country, but this will not come without its challenges…it’s down to the supply chain to reinvent solutions for this new modern way of living. Smart Privacy is one small example of how the REHAU Group is innovating and adapting for the future and to ultimately enhance living within the built environment.”