Formed in 1989 with the encouragement and support of the DfT, the Traffic Management Contractors Association (TMCA) has spent the last two decades working closely with its industry to overcome the challenges of maintaining high safety standards for workers and the general public at major traffic management sites. Sharing Highways England’s ‘zero accidents’ goal, health and safety informs the main activities of the TMCA and over the years the organisation has been instrumental in driving improved safety throughout the industry. Whilst the organisation only has 13 members, they account for 90 per cent of the major works carried out on the Highways England network. 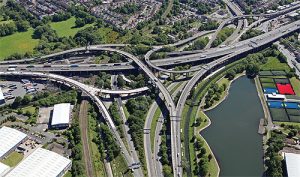 “We’ve been going now for 26 years and over that time we have built up a level of trust and encouragement with the industry and have always been at the forefront of the practices that have been introduced,” begins long-serving Chairman and now Secretary of the TMCA, Richard Pearson. “Just over a decade ago the ‘roadworks’ industry was going through a very bad time and there were 11 deaths in one year. This resulted in an industry-wide crackdown from the HSE, and since then a number of safety forums have been set up, many of which have covered traffic, to which we have had a major input, with a goal to improve these figures.”

As such, the general trend for these figures has been positive and in 2014 only two worker fatalities occurred on UK’s roads, neither of which involved traffic management operatives. In fact in 2007 and 2011, no deaths were reported. “The introduction of these new safety forums changed the industry beyond recognition,” continues Richard. “The IPVs (Impact Protection Vehicles) that you see on the roads now, for instance, weren’t in existence back then. It is a fact that working on the highways is dangerous and some things are easier to safeguard than others when operators are working within a few feet of live traffic. The slightest thing can go wrong to put workers at risk and we continue to do everything we can to minimise these risks as much as possible through various initiatives.”

One such initiative that Richard points out as being highly effective is the removal of central reservation traffic management signage for overnight ‘relaxed’ works. “It was only very recently that operatives were still crossing carriageways on foot to put out signs on the central reservations,” he says. “We have now helped implement a change in procedure that eliminates the need for anybody to cross. This is part of the wider strategy that no operative is to be on the carriageway on foot at all, unless protected by an IPV. We are also now in the process of removing road danger lamps so that workers don’t have to be placing lamps right next to the traffic. There are initiatives like this being trialled by various TMCA member contractors at present.”

One other area where the TMCA has been keenly focused at present is on labour. “We have been setting up a system to record the testing and results of drug and alcohol tests,” outlines Richard. “Unfortunately, we identified a steady rate of failures month on month so this is a problem we are working to improve.” One solution currently being supported by the association is the introduction of a worker’s passport, similar to the type of system operated in the rail industry, whereby a worker’s training, testing and work is recorded. 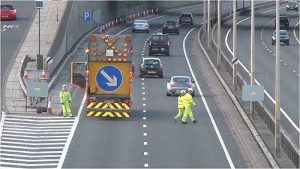 As Richard points out: “At present an operative can fail a drugs test one day and then go to work on the roads for another company the next. However with this system if they fail a test, it is recorded and that keeps them from going back on the road. This isn’t in our hands as it is ultimately the decision of Highways England, but we are keen to support it as it will be a big step forward for the industry as a whole.”

Another initiative being managed by the TMCA to protect the safety and rights of labour is its Labour Agency Charter, which came into affect on 1st October 2015, and requires all members to use only the approved agencies that have signed the charter. The charter lays out 11 points to be followed by a labour agency covering everything from training, development and employee rights, to equal opportunities, drug use and disciplinary procedures. So far, the TMCA has 39 agencies signed up to the charter and Richard is keen to bring more on board in order to provide a wide network of support and protection for both employees and employers.

Over its time in the industry TMCA has consistently proven itself to play a prominent role in representing its members and ensuring safety is continually driven throughout the country, and its vision for the future is unfaltering in this approach. “It’s about making sure there is a better, well-trained workforce out there, and ensuring the procedures are there to protect them whilst working on the roads,” says Richard. “Safety and best practice in the industry are what the TMCA is all about and this will continue well into the future.” Highways England currently aims to achieve a target of a 40 per cent reduction in the number of KSIs (those killed or seriously injured) on its network by 2020 with a vision to cut this to as close to zero as possible by 2040. In such an unpredictable and risk-laden working environment this is a big challenge, and the dedication of the industry, illustrated by the TMCAs commitments, will be key to achieving this.