Once open, the E4 Stockholm Bypass project will include one of the longest road tunnels in the world, an achievement being made possible by the work of countless players, including Trafikverket – the Swedish Transport Administration
Tunnel vision

Once open, the E4 Stockholm Bypass project will include one of the longest road tunnels in the world, an achievement being made possible by the work of countless players, including Trafikverket – the Swedish Transport Administration 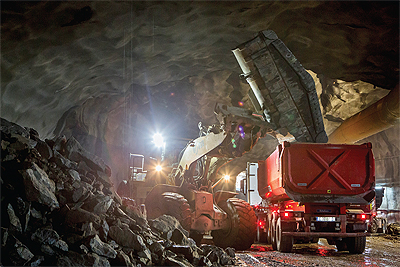 E4 Stockholm Bypass road infrastructure project. At that time, Johan spoke in detail about the ways in which the massive project would provide numerous benefits to a fast-growing city that welcomes upwards of 40,000 new inhabitants per annum.

The new link will connect the southern and northern parts of the Stockholm county, relieving the arterial roads and the inner city of traffic, and reducing the vulnerability of the Stockholm traffic system. Construction work for the first main contracts began in 2015, with the Stockholm bypass anticipated to take ten years to finish. In order to reduce the impact on sensitive natural and cultural environments, over 18 kilometres of the 21-kilometre link will run through tunnels, and by 2035 will accommodate an estimated 140,000 vehicles per day. Some 12 months on from our initial conversation, Johan tells us about some of the developments that have taken place in the time since. “Today there are intensive works ongoing on all project sites,” he details. “All major civil contracts have now been procured and works, overall, are progressing well. The tender process for electric and mechanical works are now almost complete, and we are in the midst of signing the next set of contracts. Since we last spoke, we have also successfully produced more than one-third of the total tunnel excavation, and we have begun the permanent concrete works in the tunnels. Meanwhile, the major part of the earth works above ground are now complete, as are the initial major traffic diversions.”

Successful delivery
A project of such size and scale does, of course, also come loaded with challenges, particularly when the company is faced with delivering such a large, complex tunnel system. Johan, however, is particularly proud of how Trafikverket has already met some of these challenges head on. “One of the big successes in recent months has been the completion of the difficult first section of the 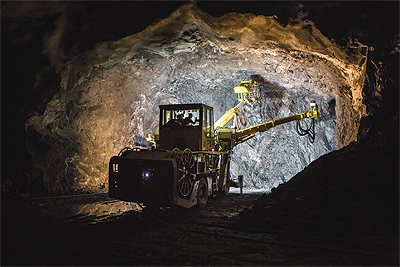 Lake Mälaren crossing,” he explains. “This section of the work involved subsea tunnelling in soft ground, the type of undertaking that requires that little bit of extra skill, dedication and care from every individual and party involved. By retaining close collaboration between the client, contractor and designer, we have been able to deliver this phase of the project successfully.”

The men and women working on the E4 Stockholm Bypass project come in for considerable praise several times when speaking to Johan, and it is clear he sees their respective contributions as being vital to the achievements being made on the ground. “I have great belief that we have the very best teams currently active across our various sites, both from within our own organisation and also when it comes to the various contractors at work, and we realise that the future success of the project is down to have skilled and dedicated people working on all aspects of it, now and in the years ahead,” he enthuses.

Throughout its time working on the project, Trafikverket has made a tremendous effort to be totally transparent with the public as to the nature of its activities and the impact they have on the wider community. One of the ways it plans to expand upon this is by holding a ‘Public Worksite’ event on 24th November, 2018. On this date, the company will close one of its tunnels to work and invite members of the public to take a trip underground to see the fruits of its labour.

During the course of the remaining weeks of 2018, the main activities that Trafikverket will be focused on include further tunnelling, finishing earthworks and increasing its concreting efforts. Then, as it enters 2019, its focus can also turn to additional tasks. “Next year we will see the first break through between tunnels, as well as the completion of all earth excavation works,” Johan continues. “We are also excited by the fact that civil structures such as bridges, and cut and cover tunnels will start to take shape in the coming months, and that we will also soon see detailed design and initial testing of electrical and mechanical works take place.”

While much has changed in the time since Trafikverket featured within the pages of this magazine, one thing that has not is the end goal that continues to motivate Johan and drive his teams forward. “My long-term goal is to safely complete the tunnel project to the designed standard in time and to the highest level of quality possible,” he concludes. “By doing so we will contribute to what is an ever-growing metropolitan area, where people and goods are able to move smoothly and safely.”