Skip to content
You are here:Home » Why a full fibre future means the best online experience, with no frustrating dropouts, buffering, or endless waiting, according to KCOM
Equipment Infrastructure Technology Insights 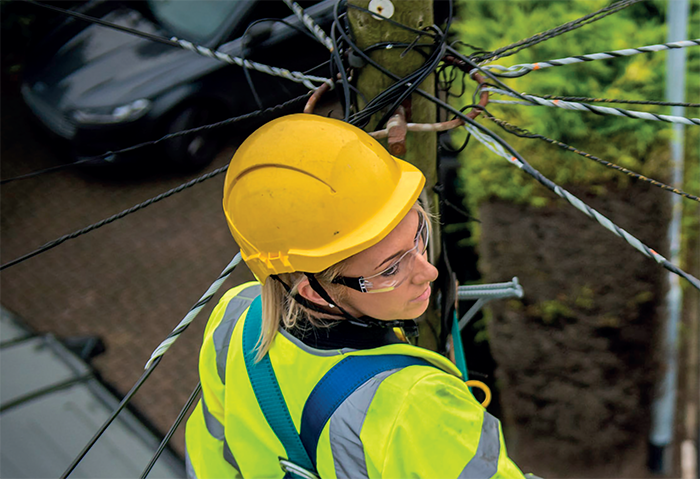 KCOM was not always known as such. As one of the oldest communications companies in the UK, it has been part of an ongoing evolution. Founded in 1904, the company was originally called the Hull Telephone Department. It was then bought by Hull City Council ten years later and became increasingly recognisable as a corporate entity thanks to its now-iconic white telephone boxes.

The evolution continued in 1987 with the company becoming Kingston Communications. Under that name, the telecommunications expert would roll out Europe’s first commercially available ‘fast internet’ using ADSL technology in 1998. 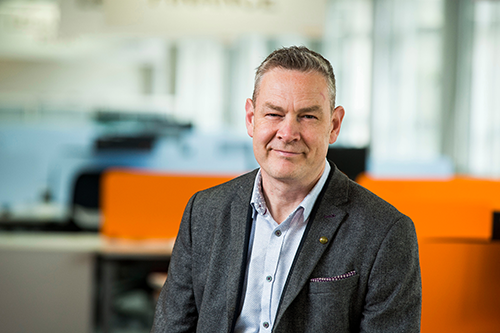 Though it would ultimately rebrand as KCOM in 2007, the company’s reputation continued to grow, unhampered by the various changes in name, as it went on to accumulate a greater market share, while also bolstering an already strong customer base. Since then, the company has become a leader in the UK communications services niche, connecting businesses and residential customers, and investing in better digital solutions for all.

In 2012, KCOM began to roll out Fibre to the Premises (FTTP) broadband connectivity, enabling more than 95 per cent of households in the area to be passed by FTTP technology. This was a massive step for Hull. Thanks to KCOM, the city became the UK’s leading area for broadband, boasting the fastest and highest FTTP coverage across the country.

KCOM carried out its first major network expansion in 2020, bringing full fibre broadband to homes in East Riding of Yorkshire and – for the first time in the firm’s history – over Humber Bridge and into North Lincolnshire.

“There are three major differentiators that set KCOM apart from the competition,” he goes on. “First and foremost, we have a unique passion for progress and innovation, which has been proven by our commitment to driving the industry forward. This brings us to the company’s most recent announcement: Hull will be the first mainland region of the UK to completely upgrade to full fibre.

“To achieve this feat, we will be upgrading our legacy telephone network from aging copper, which is generally 40-plus years old, to future-proof fibre that can keep up with demands of our modern, digital age.

“The second thing that sets us apart is our network. We invest significantly each year to make sure our network performance stays ahead of the annual 20-to-30 per cent increase in data usage from customers.

“Finally, we invest in and partner with the communities we serve, either through our charity work, grants to local charities, staff volunteering schemes, or support of grass roots organisations, which was recognised with the national award for Commitment to the Local Community at the 2022 Better Society Awards.”

But how does full fibre provision and ever-faster speeds serve to benefit the common household? In this age of instant communication, Spotify, Amazon, and Netflix, more and more services are following suit and moving online.

Digital entertainment such as gaming and on-demand media require more and more data bandwidth each year. Soon, no doubt, 4K will appear rudimentary at best.

Speeds are going up, too. By meeting this growing demand, network providers such as KCOM seek to stimulate further economic growth by providing businesses with the bandwidth they need to enable flexible working and meet ever-increasing connectivity requirements.

“By upping our capacity for high-speed internet, health and wellbeing devices and services can begin to utilise remote health monitoring and online GP services,” explains Neil. “Further, education provision will improve through the system’s enhanced ability to move schooling to the home dining table, which was particularly highlighted during the pandemic. Another instance is the rise of online university. 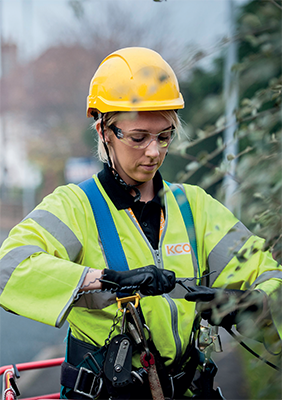 “Full fibre can also improve sustainability credentials for organisations by encouraging remote working and supporting the massive increase in connected energy management devices, including smart metres and lighting,” he adds. “In addition, when we upgrade our voice network from copper to full fibre, our own company’s carbon footprint will decrease. Finally, but probably most importantly, our full fibre network will enable digital inclusion, ensuring no one is left behind in the new, digitally enabled way of life.”

And KCOM is putting its money where its mouth is. In 2020, the company announced a £100 million expansion of its full fibre infrastructure. Neil updates us on the progress.

“Our mammoth investment consisted of a further expansion of our full fibre network across more of East Riding of Yorkshire, North Yorkshire, and Lincolnshire, which will bring full fibre broadband to a further 50,000 premises,” he reveals. “This is in the planning and scaling stage where we design detailed street-by-street plans, and our build partners begin to scale.

“We are also looking to upgrade the final five per cent of homes that are not yet full fibre,” notes Neil. “This is still a work-in-progress, but we are already seeing homes being released for upgrade from copper-provided broadband services. We are now working on network solutions in our laboratories to facilitate even higher internet speeds. This will enable symmetrical upload and download speeds of up to ten Gigabits per Second (Gbps). Though this may sound like a lot – who actually needs those speeds, especially domestically? – as online demands grow, it is quite easy to envisage a time when such speeds will not only be necessary but essential.”

KCOM is also investing £500,000 with the aim of improving digital inclusion across its operating region, creating a social broadband tariff for those on certain benefits. This saw the introduction of a no-contract, low-priced broadband connection to get them online and included. It is estimated that around 4,800,000 people in the UK will never get online, while 11,300,000 people lack the basic digital skills to use the internet effectively, which underscores the importance of inclusivity in the communications space.

Recently, the company has been working on a particularly interesting project, with the aim of expanding its full fibre network in a very rural community in East Yorkshire. As Neil details: “By working with local community champions, we were able to understand the demand for faster broadband in the rural community and then deploy a network build to 350 properties in the village to increase speeds from around 20 Megabits per Second (Mpbs) to 900 Mpbs.

“We did this while supporting community initiatives, such as providing a digital hub in the local village hall,” he adds. “This provided a remote working facility for the local community, which was a necessary space during the pandemic and remains so as we get used to our new era of hybrid working.”

KCOM’s community work does not stop there. Indeed, as mentioned previously, the company was thrilled to be given the national award for Commitment to the Local Community at the Better Society Awards earlier this year.

“The award recognised our work in the communities we serve across a whole range of initiatives,” reflects Neil. “These include our KCOM Kits scheme, in partnership with Hull City, which donates a full Umbro team strip to a local youth football club every time the Tigers football team scores at home in the Championship.

“This has been phenomenally popular and during the past three years we have donated more than 100 kits to local football clubs. The accolade also recognised our staff volunteering schemes, which in the past six months have donated over 900 staff hours to 18 local charities, including foodbanks, tree planting schemes and beach clean-up initiatives.”

The need for faster, reliable connectivity is only going to grow over time. There is going to be a continued explosion in connected devices and services for both businesses and consumers. The KCOM full fibre network, as Neil has made clear, is all about future-proofing telecommunications technology so that we will – in five or 50 years – have the capability and core infrastructure to meet ever-advancing requirements.

“We will be the first mainland UK region to upgrade the aging copper telephony network to full fibre over the next two years and this will enable even more digital voice services,” Neil concludes. “It is a powerful mission to be involved in. The government has recognised the need for such connectivity, investing over £5 billion in Project Gigabit, a programme that will bring lightning-fast broadband to hard-to-reach communities.

“Our Full Fibre Strategy is a three-year program and when it is finished, we will have a 100 per cent full fibre network, expanded to 350,000 homes and businesses, and a continued investment in digital inclusion. In six months’ time, we will see substantial progress against all these goals. We are determined to stay ahead of the pack and to keep pushing the boundaries of what we can achieve, delivering the best online experiences for our growing number of customers.”
www.kcom.com