As a leader in the Qatari market, Arab Engineering Bureau is bringing international expertise to a region of high growth and economic activity
Global quality, local know-how

As a leader in the Qatari market, Arab Engineering Bureau is bringing international expertise to a region of high growth and economic activity

Arab Engineering Bureau (AEB) was first established in 1966 as the first architectural firm to receive a license to practice in Qatar, but it wasn’t until Group CEO Ibrahim Jaidah took over in 1991 that the company became the leader it is today. From only six employees at the time, Ibrahim has grown the company into a leading player with over 600 people and six branches across the world in Qatar, Abu Dhabi, Oman, Malaysia, Thailand and the Philippines. “Today we are a fully disciplined company, with architecture at our heart supported by all related engineering services and 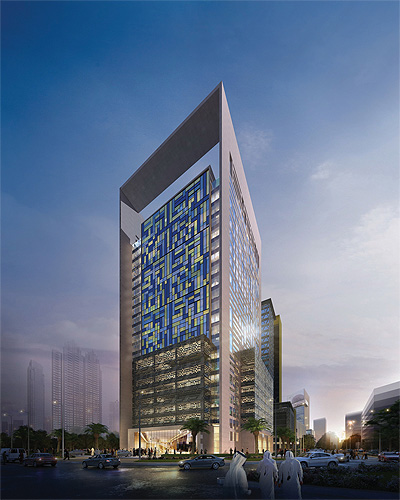 With nearly 300 people managing projects out on site, AEB on average hands over the keys to a completed project every two weeks. It’s a strong position to be in and over its history the business has completed in excess of 1500 projects in Qatar alone. Such a portfolio includes major commercial, retail, governmental, residential, hospitality and educational facilities. Qatar at present, much the same as many Persian Gulf states, is being defined by economic growth and investment into major infrastructure projects. A quick glance over the country’s current activities includes the build of a nationwide rail network, including a complete metro system in Doha and the development of an entire town in Lusail, just north of the capital. This all means that market conditions are generally strong, with lots of work in the pipeline.

However, Ibrahim is keenly aware of the challenges low oil prices can have on the region and highlights AEB’s cautiousness as it continues to operate. “There was a bit of a panic when the oil prices slipped,” he notes. “Generally, analysis suggests that Qatar is the least hit by this because the income per capita is quite high. Furthermore, we haven’t seen much of a slowdown in work, we are still winning projects and there are lots in the pipeline. We also have the advantage of being a diversified and international company, so whilst we remain cautious that things may change, we are confident at the moment.”

With the international expertise and efficiencies afforded to AEB by its six global branches combined with the unrivalled local know-how it has gained as a leader in Qatar, AEB currently has a very strong portfolio of work. Numerous government buildings, major commercial sites and largescale hospitality projects, such as the immense Doha Festival City, all appear. More recently, the firm was awarded a prestigious project to design the eighth proposed stadium for the 2022 FIFA World Cup in Qatar. “The competition for this 60,000 seat stadium was put out to the international market, so to fulfil all the requirements and win was very important for us,” Ibrahim explains. “The fifth precinct stadium will be located in Al Thumama and the design is progressing very well. Not only is the scale of such a project fantastic in securing work in slightly concerning times, but it is also very exciting to be involved in one Qatar’s most important events.”

Other significant ongoing projects include the vast Place Vendôme, a mixed-use development designed to house two-five star hotels, serviced apartments and up to 400 different retail outlets in 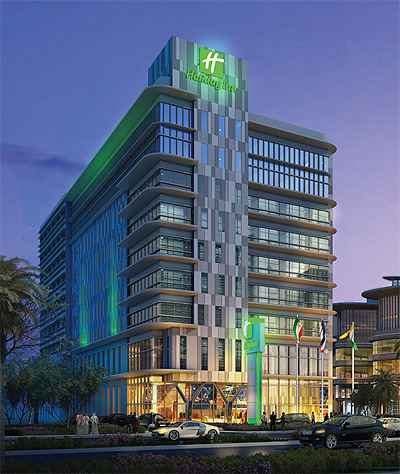 Attesting to the strength of AEB within Qatar and across the world are a number of high profile awards. Amongst these is a string of Construction Week Qatar Architecture Firm of the Year awards in 2012, 2014 and most recently in 2015. Last year it was also awarded Engineering Firm of the Year by Construction Innovation Awards Qatar. “We don’t do a huge amount of marketing,” expresses Ibrahim. “Much of our publicity comes from the major projects that we complete and to be recognised for these by such awards is great to inject some energy into the team and to motivate them to continue being the best.”

As far as the future is concerned for the company, Ibrahim remains positive. “There is no doubt that the market is somewhat uncertain, and the challenge is to retain a sustainable business strategy despite this,” he says. “However, the market is strong; we have been winning major projects and there are more in the pipeline. It is also important for us to become more efficient at operating within today’s market and this is where the support of our international offices is felt – we can employ the skills of other branches to cope with challenges and rising demand without having to over-employ in Qatar. This diversity really helps the business to continue thriving whilst controlling costs.”

The next 12 months will centre predominantly on securing more jobs and continuing to deliver on those currently being undertaken, with AEB putting particular focus on major rail and hospitality projects that are taking place in the market. In the longer term, expansion will be the buzzword with a seventh office opening in Dubai by the end of 2016 and a project scope broadening to new markets in Saudi Arabia and North Africa to facilitate further growth. “Ultimately, thanks to various awards and major project wins we are in the spotlight as a leader in Qatar,” adds Ibrahim on a concluding note. “To stay here we have to keep working hard in order to maintain our reputation and this will be our defining message as we move forward.”