Following a merger of two very successful manufacturing and supply businesses, Bauwerk Boen AG has become one of the world’s leading high-end parquet manufacturers and the second in Europe
Bold & beautiful

Following a merger of two very successful manufacturing and supply businesses, Bauwerk Boen AG has become one of the world’s leading high-end parquet manufacturers and the second in Europe

The merger of the two businesses in June 2013 saw the establishment of a group that together employs approximately 1650 employees and produces around nine million sqm of flooring solutions each year. Established in 1944, Bauwerk Parkett AG has for decades operated as the leading Swiss parquet manufacturer and leading European supplier of two-layer parquet. The roots of its partner organisation, Boen can be traced as far back as the 17th century, when two sawmills nearthe Norwegian city of Kristiansand laid the foundation for the business which holds the position as a leading supplier of three-layer parquet.

Remaining as two individual brands, Bauwerk and Boen, the combined product range is produced at locations in Lithuania and Switzerland and distributed through a number of sales channels in over 50 countries world wide, including its key markets of Switzerland, Germany, Austria and Scandinavia. 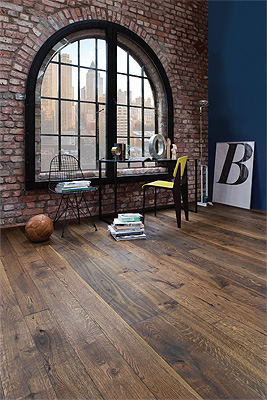 The rationale behind the merger lies in the fundamental aspect that Bauwerk dominated the market for two-layer glued down products and Boen was an international player in the three-layer floating market. Although both brands remain separate, the shared production, supply chain and finance provide a powerful scope and capability to the business. “The three-layer market is a very international and global market, whereas the two-layer glued down market is predominantly in Germany, Switzerland, Austria, Italy and France with a slight, but restricted international presence.

“Another main difference between both brands is found in the customer base. The Bauwerk brand is most common within the installer market while the main channel for the Boen brand is the wholesale and the retail market. However, each business is approximately the same size, with a combined turnover in the region of 300 million CHF,” says Thorleif Hans, group deputy CEO.

Supported by his long experience of developing businesses into profitable assets Thorleif continues: “What was a smart move in this case was that the three owners, before signing the deal in March 2013, merged the two top management teams to develop a joint three year business plan which ultimately led to the completion of the deal and a transition phase. It was in this business plan that it was laid out the movement of the production site from Salzburg in Austria to the new location in Lithuania.”

It was in June 2013 that Bauwerk Boen AG announced it would integrate the production site in Salzburg with the state-of-the-art facility in Kietaviskes, Lithuania. In accordance with the business plan the Group additionally took the action of closing the production plant in Mölln, Northern Germany, relocating production to Lithuania. Originally serving the German, Austrian and Swiss markets as well as those of central and southern Europe, the Mölln site continues to operate as a key sales office and logistical facility.

“From the outset, the integration of the companies values has been a critical factor. As both businesses had very similar ideas and values, the merger into one company has been particularly value-based. As one, we drive for continuous improvement through involvement and based on facts with a core belief in all our personnel, throughout the company,” highlights Thorleif. Relocating production into Lithuania was not based simply on cost; with a hunger for participation and learning in the region, the enthusiasm behind the move is high, as Thorleif adds: “The Eastern European 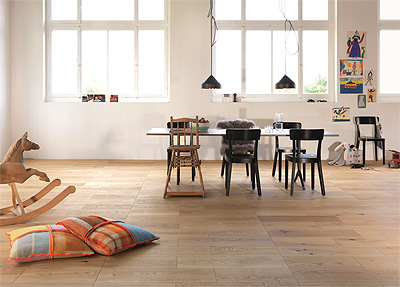 region has a lot to contribute to the future of the industry when involving employees, emerging as a new centre for business and continuous learning. The culture in the region is of a top European standard, with a focus on continuous improvement and quality.

“However, we did initially experience some challenges, due to such high levels of demand during that relocation period.”Over the last few years there has been depreciation in the European market, but broken down there are indications of improvement and growth in the Bauwerk brand’s core markets of Germany, Switzerland and Austria. Holding a worldwide position, Boen brand recognises future opportunities in the Scandinavia, Germany, US, China, and India where it has seen good growth in the future. “As an industry we are hopeful that 2014 will show a levelled out market in Europe, not a decreasing one, which we have seen over the last two years. We have seen a nice growth for both brands after the merger and we hope that the market will begin to grow again beyond 2015,” continues Thorleif.

Having been very focused on the relocation of production, the company has not brought in many new products, but has continued to consolidate its leading position as a manufacturer of real wood products. However, product development is on the top of the agenda as the parquet industry faces competition from laminate and LVT alternatives with wood look. The high quality and wide range of the product makes both Bauwerk and Boen brands suited to more-or-less all international markets, and supported by a skilled and efficient workforce the two brands have been able to position themselves within key markets. As the business enters the phase of consolidation, Thorleif concludes: “We are two well-known and well-positioned brands. Utilising the established global sales base, we will be driving sales throughout the brands, having access to a wide range of parquet product.”