The Brick Development Association (BDA) can trace its roots back to 1946, shortly after the Second World War when it was formed to promote brick to the construction industry during the interim years following the conflict. During the 1960s the association was taken over by its members and took on the form in which it is seen today. Acting as an independent body within the brick industry it has gained a reputation for leading the sector through a spirit of joint venture and mutual co-operation. 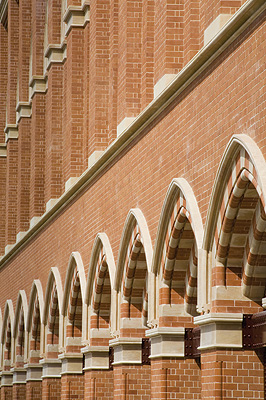 Today the BDA undertakes a similar role but has evolved to be very closely partnered with its members from across the industry and has grown to be an internationally recognised expert in brickwork, business and design. Essentially, the company’s rolecan be broken down into two activities. The first of these remains largely the same, if expanded, as its post war role. The BDA aims to advise designers, specifiers and members of the general public on technical issues to do with brickwork and currently sits on seven BSI committees as well as sitting on European committees to investigate the development of masonry and construction. In this sense the Association’s role has actually grown to be considerably more active in powering development in the modern construction industry.

National marketing
Accompanying its more technical role BDA also undertakes a more publically visible role to provide national marketing for the brick industry. An important part of this is to accurately portray the benefits of brick as construction material, highlighting brick as an adaptable, cost-effective and durable building material is something the BDA and its members are heavily active in and through the years the association has developed a comprehensive marketing strategy. “Our marketing is very central and that is encompassed by the Brick Bulletin, which is a three times a year bulletin, which goes out to architects,” begins Simon Hay, CEO of the Brick Development Association. “We also have a major conference every year, this year it was based on innovation, the year before it was based on conservation and the coming year will be themed on structural masonry. These are attended by many of the major publications and internationally covered,” he explains.

The organisation is made up of 16 members ranging from some of the United Kingdom’s largest brick suppliers to smaller companies who offer specialised products including handmade bricks for historic buildings. Four of its members, Hanson Building Products, Ibstock Brick Ltd, Michelmersh Brick Holdings PLC and Wienerbeger collectively represent around 95 per cent of the UK market in brick construction. Working with these companies and the industry’s smaller businesses means that the BDA is highly representative of the industry as a whole, while retaining in-depth knowledge that enables it to address the needs of individual businesses and developers as necessary. “I would say one of the main strengths of the Brick Developers Association is in the participation of our members. We’re actually a very small group of people but we operate through our working parties, which are drawn from all of our member companies, so the biggest strength of our organisation is that we take expertise from throughout the industry a d everybody gives their time and effort for the good of the market,” Simon observes. 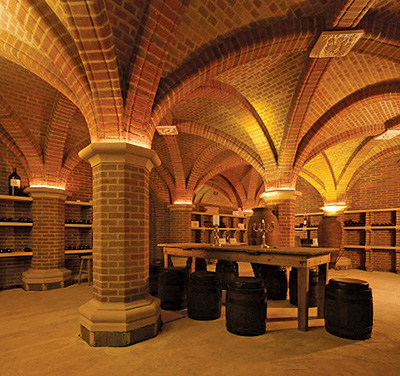 Global challenges
Acting as an independent central body for the United Kingdom’s masonry industry the BDA is acutely aware of the challenges faced in the market. The global recession has seen the construction industry significantly diminished since 2007, however carbon emissions restraints fueled by environmental concerns remain. This means that development within the sector is critical in ensuring that the market is able to progress in coming years. The BDA works closely with its partners in the industry as well as with government figures to ensure that the sector remains sustainable as Simon elaborates: “It’s true to say that we are an industry, which uses carbon. We think that’s fair enough because the product lasts for so long, when you think over the lifetime of a building brick construction is a fairly negligible part of the buildings total carbon output. Of course we are trying to reduce our emissions, and that’s done through advances in technology and research. Capital investment is absolutely crucial for us to be able to reduce our carbon emissions.”

He continues “One of our associates, Ceram are doing some research with kilns that they hope will be successful. By passing an electrical coil around the middle of the kiln, it is hoped that vitrification will occur must faster, within a few seconds rather then hours or even half a day. So consequently there would be a huge reduction – around 30 per cent in carbon emissions during the construction of bricks. So that’s a real example of the industry looking to reduce emissions.”

Positive direction
Moving into the rest of 2013 and beyond the BDA aims to continue to work with its members to meet the ever-changing needs of the sector. This year’s Brick Awards, which are an internationally recognised industry event, are fast approaching and will showcase the best in building design incorporating brick as well as the company’s efforts in promoting the sector. As the industry faces challenges from less traditional construction techniques, environmental concerns and the challenging conditions of the construction market the BDA is in a prime position guide its members and the industry as a whole in a positive direction.