Back to Profile Gallery > Carlsen Fritzøe

Carlsen Fritzøe is a company that sells building materials to professionals and consumers, and has seen rapid growth in Norway over the past ten years
Norway to fail

Carlsen Fritzøe is a company that sells building materials to professionals and consumers, and has seen rapid growth in Norway over the past ten years

Carlsen Fritzøe is an independent Norwegian building materials chain with 26 modern building warehouses. Shops are located in seven counties, stretching from Kristiansand in the south to Jessheim north. Carlsen Fritzøe has solid Norwegian owners and a long tradition of sales of lumber and building materials. Treschow- Fritzøe AS was established in 1835 and is now run by its 7th 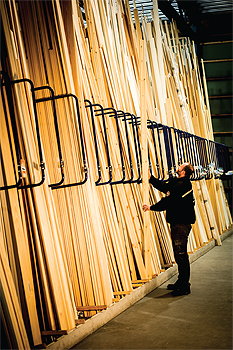 generation, and H. Carlsen was established in 1903 and is run by its 3rd generation, and these two companies merged in December 2006. Carlsen Fritzøe has a strong market position locally, and in recent years has expanded greatly, and it is a complete supplier of quality products within the areas of lumber, building materials, hardware, and kitchen interiors. Its goal is to provide the region’s best service and prioritises the satisfaction of its customers, helping to get the job done right.

Throughout its recent history there have been a number of significant changes, and in 2007- 2008 it had its first two years of strong expansion and oversaw the purchase of three companies – Aasland, Kongsberg, and Kragerø. During this time Carlsen Fritzø also built four new warehouses – Aasland, Vågsbygd, Arendal, and Eftevaag. All of which demonstrated the ambition that the company had, and the kind of long-term growth and expansion that it had planned. Then in 2009- 2010, the company entered a new operational phase, and it colocated Aasland to a new location in Skien, and bought 100 per cent of BM Norløff in Drammen and merged it into Carlsen Fritzøe. The following year there were even further acquisitions made by the business, these included buying 50 per cent of Stiltre Kongsberg. During the same year the company also established a warehouse in Søgne that will help support its business aimed at professionals. It was also able to add yet another warehouse to its portfolio in 2012, opening a new modern warehouse Bjarnason in Notodden. Carlsen Fritzøe continued this trend the next year, and bought itself into 1-2-Tre element production, with a 50 per cent equity share, as well as a 100 per cent of Stiltre Kongsberg, and merged that company into it as well.

Carlsen Fritzøe started it’s own independent chain in 2013, after it left the largest Chain in Norway called Byggmakker and within the most recent period, between 2014-2016, it built on its position as an independent chain, with the opening of a new warehouse that holds building materials for professionals in both Tønsberg and in Alnabru. As well as acquiring Byggmakker Rijukan that reopened as Carlsen Fritzøe in January 2015, and in the following November it also acquired Byggtorget Mandal as well which also reopened as Carlsen Fritzøe. In-between both of these events the company established new warehouses, both for retail and professionals, one of which was in Jessheim and the other in Bø.

As a result of this series of strategic mergers and acquisitions, it has a wide array of products on offer for its customers, which managing director Cato Ness was able to elaborate on: “If you look at our customers, 70 per cent is for the professional market as a B2B market, that is used in manufacturing within the house – an example of this is carpenters using our goods for their work. This kind of custom makes up the majority of our sales, however 30 per cent is for the ‘do it yourself’ customers. We offer our customers roughly 23,000 products that we have in stock, these include 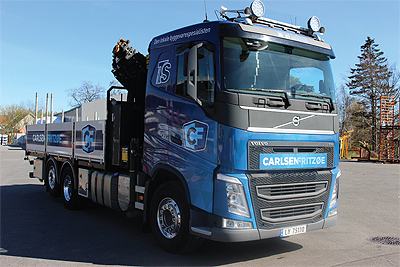 building materials, wooden materials, kitchen related goods, flooring, paint, power tools, and everything of a similar sort.” The wood products in particular area a key feature of what Carlsen Fritzøe has at its warehouses, and this is made even more significant based upon information that Cato provided: “I think it is also very important to note that in Norway all private houses are more or less built with timber materials.”

With its increasingly significant presence within the Norwegian market it is still dedicated to building on this further, and as the market in the region is one with a vast amount of opportunities this concentration will no doubt help the company. Carlsen Fritzøe has demonstrated its understanding of the country through positioning its warehouses in the most populated areas, and more than this, on those areas that are seeing the largest population growth. In regards to the plans for the region Cato stated: “We are only focused on the Norwegian market,” and in order to pursue that Cato added: “We have had an acquisition of 19 warehouses, and bought a company called Herføll Gruppen on the 22nd of September, and this purchase included six warehouses and a revenue of €50 million, as well as 120 employees.”

Carlsen Fritzøe focuses exclusively on the Norwegian market, and endeavors to strengthen its position within it, and it does this in a number of ways, from having a wide spread of locations, knowledgeable staff, and an extensive selection of products. All of which are achieved through strategic planning, and with a highly important logistical support base. With all of these factors in place Carlsen Fritzøe maintains continuous growth, which has seen it rapidly grow its business from a position in 2007 in which it had just eight warehouses and €100 million in revenue to how it stands currently at 26 warehouses and €250 million in revenue. All this in the space of under a decade, and having pursued a policy of acquisitions and expansion that the company looks set on continuing the coming few years look likely to see Carlsen Fritzøe only grow further.

The company has certainly come a long way from its break out as an independent business, and it has no plans to slow down, with Cato predicting: “Since 2007 we have held the strategy that we need to grow, and to continue to do so, and that it is important for the business as a whole. This is aided by the fact that the market in Norway is really quite strong, and we fully expect to see a five or six per cent growth in the market year-on-year in Norway. Also, after having got the business to reach the milestone of €250 million revenue, our next goal is to hit €300 million and we believe that this will happen by 2020.” The confidence displayed by Carlsen Fritzøe seems well founded, as it has followed through on its ambitious growth plans, and there is every reason to expect it to further develop its position as one of the largest builder’s merchant’s chains in Scandinavia.

Services: Building materials for professional or private use