Colmore Tang Construction (CTC) was only established in February 2014. The company was born out of necessity in response to a problem that property developers, Seven Capital (SC), had trying to find a suitable contractor to deliver the 253-bed four star Park Regis hotel in Birmingham at the right value. Managing Director of CTC, Andy Robinson, explains: “Having taken the decision to set up a ‘construction management’ business, the challenge was then to recruit the experienced team to deal with this specific project. Initially, CTC’s role was to deliver the hotel for SC. However, as time progressed and SC continued to purchase existing offices to convert to residential under ‘permitted development rights’, it became apparent that the prices in the market were too high and therefore CTC was asked to quote. On this competitive basis CTC won the second project, which was the 270-apartment conversion project known as 1 Hagley Road – a 22-storey tower in Birmingham. The business was then chosen by SC to do all its major refurbishment and new build residential projects and we now have a pipeline of circa 1000 units per year for the next five years at least.”

Being a new company to the industry CTC is in a strong position to be able to offer the best value projects as it has entered into the market at an important point. “We don’t have any legacy 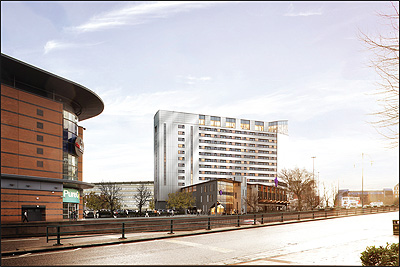 projects that were won on the lower pricing regime and therefore we are ‘real time’ pricing and not having to look over our shoulder at previous unprofitable jobs,” explains Andy. On top of this the company has already begun to establish a strong reputation and standing within the market. “We have a real IP in refurbishing large, tall and redundant office buildings in city centres under permitted development rights into residential units,” Andy continues. “As a business we understand the challenges that these large vacant buildings bring as well as, if not better than, anyone as we are doing more of it than most other contractors in the country. Therefore our specialist knowledge of residential and hospitality are second to none.” Bring this together with the company’s experienced and closeknit team, and CTC has developed a winning formula to successfully serve the market.

Below the surface of CTC sits another strength – an ingrained attitude that sets it apart from its competitors. “It is too easy sometimes to focus on cost and forget the wider aspect that a client would look at when considering to buy or develop a building or site,” emphasises Andy. “CTC is somewhat unique as it has operational, development and contracting skills embedded in it, giving us a deep understanding from the client perspective. As a business we understand in infinite detail all aspects of the process and the technical detail required to get under the skin of a cost plan. We do ‘worry’ a problem to death to make sure we have tackled it correctly and it’s the right, most appropriate and cost effective approach to the problem.” 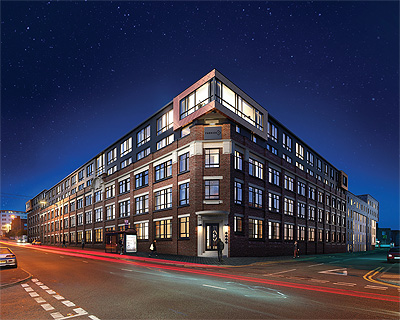 The first two projects won by CTC for SC, Park Regis and Hagley Road, perfectly demonstrate the diverse abilities of the company afforded to it by its experienced workforce. “Both were very different projects but also had numerous similarities, which brings into play our particular skill sets,” notes Andy. “We also have two new large projects in the pipeline. A 313-unit partconversion, part-new build project in Digbeth, Birmingham, which is a large, complicated scheme. We are currently on site now with the demolition phases. We also have the Kettleworks and St Georges Urban Village scheme in the Jewellery Quarter of Birmingham. This is a very interesting project as it is the refurbishment of an old historical building into 313 units, plus a new build village of 320 units. It is a significant scheme that will help the much needed regeneration of the area.”

Despite challenges in the market coming from a shortage in labour and material costs set against rising demand, Andy is positive about the future for CTC. With a number of projects ongoing throughout 2015 and a further 900 units to plan for next year, the challenge is to continue managing schemes in the cost effective way it has proven it can deliver. “We have come a very long way in a very short space of time, and this can only be achieved if you have a top class team driving and delivering for the business,” concludes Andy. “Our turnover this year will be circa £55 million, so that has been a challenge from a standing start. Nevertheless, our strategy moving forward is start partnering with other similarly minded businesses, either developers or owners, who understand the strengths and skills that we bring to the table. I am less interested in large tendering processes as we do not have the personnel for it. However, we are open and honest about the cost and how we would drive extra value for any client – really we want to work with people who quite simply want to get the job done for a realistic price given the value we can add to the process.”