Back to Profile Gallery > Connect Plus

The Connect Plus consortium manages the M25 design, build, finance and operate contract
Managing the road ahead

The Connect Plus consortium manages the M25 design, build, finance and operate contract

Operating as a consortium comprised of blue chip companies including Balfour Beatty; Skanska; Atkins; and Egis Road Operation UK, Connect Plus represents a unique partnership with a collective strength in highways asset care. The company’s expertise ranges from finance through to the design, build and maintenance of highways as well as the supervision of dayto- day operation. Connect 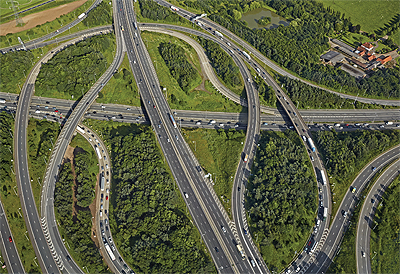 Plus was incorporated during August 2008 and in May 2009 the Highways Agency awarded the company a 30-year design build finance operate (DBFO) contract to manage the M25 and its key arterial link roads, serving central London and the surrounding area as well as the A282 Dartford- Thurrock river crossing.

As part of the company’s remit Connect Plus delivers major investment projects such as widening 38 miles of the M25, including the refurbishment of tunnels and bridges and the installation of hundreds of variable messaging signs (VMS) and gantries, which help to maximise the use of the road network resulting in more reliable journeys. The Skanska Balfour Beatty Joint Venture (SBBJV) manages the major improvement projects carried out by Connect Plus, such as widening schemes and tunnel improvements. The Hatfield Tunnel forms an integral part of the Trans-European Road Network and is located on the A1 (M) between junctions three and four. The tunnel was originally constructed in 1985, meaning that many of its mechanical and electrical systems had reached the end of the design life. The refurbishment of the tunnel was the first of three improvement projects to be completed, which were necessary to improve safety; minimise future maintenance costs; and to upgrade the tunnel structure to comply with new European standards. Major works to the tunnel have included:

The joint venture has also installed new monitoring equipment, which is linked to the new control systems in the Highways Agency’s Regional Control Centre. Work on this important and high profile project was completed in May 2011.

In November 2015, Parliament announced that Highways England will deliver 112 major road schemes worth over £15 billion by 2020-2021. Connect Plus has a tradition of working in close collaboration with UK governing bodies and during 2015 the company adapted to meet new requirements from Highways England, changing some of its objectives to align the company more closely with the organisation’s needs. Indeed, during 2015 Connect Plus Services (CPS) announced its vision that the company will be the UK’s number one provider of highway network operation and asset management services as part of its ‘Road to 2020’ business plan. “Highways England is raising the bar on network performance and efficiency, while CPS is in a unique position to support and deliver its strategic outcomes while leading the highway services sector in innovation, health and safety and sustainability,” says Tim Jones, CEO of Connect Plus. “The 2016 Road to 2020 strategy reinforces CPS’ intent and commitment to be the UK’s number one operator, which Connect Plus fully supports.”

The Road Investment Programme (RIS One) announced by the UK Government, marked the formation of Highways England as a standalone limited company wholly owned by the Secretary of State. By replacingthe Highways Agency in April 2015, Highways England wasable to be involved in five-year budgets without having to concern itself with the handover of budgets year-on-year, which had previously been a major restriction to projects. Highways England has since implemented 112 projects throughout a significant investment programme, which is set to last until 2021 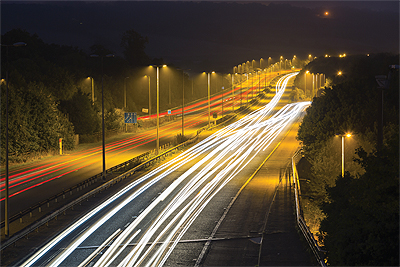 when negotiations for a new round of investment will begin. As part of the RIS One project, Connect Plus Services is proud to play its part as the custodian of the M25 in conjunction with Highways England and Connect Plus. It is the goal of this partnership to keep the M25 flowing in a safe and reliable manner for all who use it. To ensure the sustainable management of the motorway network and its asseats, Connect Plus Services works 24/7, 365 days a year over 440 kilometres of road.

Valued at £6.2 billion, the involvement of Connect Plus in the running of the M25 represents one of the largest public private partnership (PPP) contracts ever awarded. The first part of this project involved the execution of initial upgraded sectors (IUS),which refers to the sections of the M25 between junctions 16 and 23; junctions 27 and 30; and the A1 (M) Hatfield Tunnel. During this project Connect Plus Services, through SBBJV, has undertaken 11 million man-hours worked, installed 125 gantries and planted 130,000 plant, trees and shrubs. The second part of the original deal was to set aside £1.5 billion for a 30-year renewal programme, meaning that Connect Plus is responsible for the upkeep of infrastructure, while the third part of the agreement was for the company to have a 30-year contract fixed price index linked to provide operations and maintenance. Overall, the contract involves everything from the recovery of damaged assets, responding to accidents, winter gritting, servicing, drainage and lighting.

The scope of the operation also involves the management of key junctions around the M25 that have traditionally proven difficult to manage due to their complexity. These include junction 25 at Enfield, junction 28 and junction 10 on the A12 with an interface with the A3. These along with the interface of the Southwest Quadrant are often slow and congested, which has resulted in the plan to implement smart motorways. So far two sections of smart motorway have been introduced on the M25, located between junction 23 and junction 27, as well as junction five and junction seven. Further smart motorway stretches are planned that will result in a change in infrastructure and in readiness, which is something Connect Plus is ready to address across a project valued at around £400 million. Indeed, with a number of changes coming to the M25 that could change the dynamic of the motorway completely, the challenge for Connect Plus and CPS is to make sure that all of the required skills and abilities are in place. During the coming years the company will work to strategically support the government in delivering a better maintained network that is both more reliable and safe for road users.

Services: Consortium responsible for managing and improving the M25