Back to Profile Gallery > Icelandic Road and Coastal Administration

The Icelandic Road and Coastal Administration (IRCA) is responsible for about 13,000 kilometres of main roads and countryside roads in Iceland
A drive for safety

Providing the building and maintaining of areas of Iceland’s transport system – roads, bridges, tunnels, and more

The Icelandic Road and Coastal Administration (IRCA) is responsible for about 13,000 kilometres of main roads and countryside roads in Iceland. This includes planning, design, construction, maintenance and service of those roads. IRCA is also responsible for ferry operations, which are all outsourced to ferry companies. Also effective since the 1st July 2013, all harbour and lighthouse operations and responsibilities at the Icelandic Maritime Administration have been merged with IRCA. 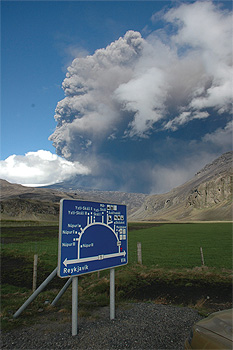 The organisation provides for the essential infrastructure that is used in the area, so it is relied upon to build and maintain safe roads, bridges, and other transport facilities, and an overview of it was provided by head of communications Pétur Matthíasson: “The work that IRCA has to conduct includes planning, design, construction, maintenance and service of those roads. Our mission is to develop and maintain a transport network on land and sea in the most costeffective manner, guided by the needs of the community.” Pétur continued: “We do road plans, design roads, do tendering, and offer supervision of these areas, plus we do many of these things in-house, while at times we also employ the work of contractors when we feel it is appropriate. Regarding production, new roads, bridges, etc., we almost exclusively use tendering and private contractors for the jobs. IRCA has responsibilities in several areas, for example, we divide the money the state allocates, this goes to ferry, public transport and air subsidies, and in addition to that we also put 1.5 per cent of our earmarked income into research and development.”

IRCA has a set of aims and values that underpins what the business does and how it goes about doing it, as Pétur explained: “We have a number of main objectives at the company – firstly, safe and smooth traffic on roads and secure sea transport. Secondly, taking a cost-effective approach to the development and management of the transport network, in harmony with the environment. Thirdly, we aim to be an efficient and well-organised operation. And last but notleast, always being responsible, with a skilled and satisfied staff. In partnership with these objectives we have a set of values as well, that include a focus on professionalism – we possess expert knowledge and work with competence. We also value safety – we always make it a priority, and the final value is foresight – our work is founded on experience and we look to the future.”

In 2013, all harbour and lighthouse operations and responsibilities at the Icelandic Maritime Administration were merged with IRCA, on this development Pétur said: “There was about 20-30 staff that came to us, and the operations fit very well with the other work we do, yet still most of it is worked on separately, though there has been a slow process ofemerging departments and work in 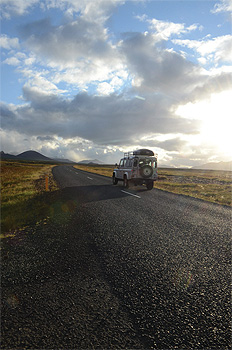 Pétur discussed some of the strengths of IRCA: “The knowhow our workers have is a major one. And a significant example that demonstrates what IRCA can do was that we managed to build a 156 metre long temporary bridge over a glacial river – after a flood had swiped away a double lane concrete bridge – and we did this in only seven days. We had a flood in the early hours of a Saturday 9th July 2011 and on the next Saturday we opened a single lane temporary bridge at noon, this was quite a feat.” This demonstrates what IRCA is capable of, and the high standard of its people and of its working practices.

Some of the challenges that IRCA regularly faces, and some added considerations were discussed by Pétur: “The winter service, removing of snow and other cold climate work, is a big challenge in Iceland, and information gathering and then distributing this information out to drivers is another one, such as informing new drivers – like tourists – about our gravel roads, and single lane bridges. In recent years tourism is a challenge, especially in regards to safety.” Therefore, the skills of IRCA will no doubt be called upon more and more as Iceland pulls in greater number of tourists that will want to travel the country via these roadways.

There are always challenges in an area with conditions that can be harsh, however IRCA appears more than capable to provide well constructed and well maintained transport facilities: “Our strategy is to increase traffic safety by all means, widening the roads with the most traffic and put up a guardrail between lanes, we are mostly looking at two plus one roads in this regard. In addition, to do more in getting rid of single lane bridges, where the traffic is the most demanding and we still have them. Also, and, increasingly laying asphalt on gravel roads, and tackling the infrastructure needs due to tourism,” Pétur concluded.