Back to Profile Gallery > International Tunnelling and Underground Space Association

Since its foundation in 1974, the International Tunnelling and Underground Space Association (ITA) has encouraged the economic, environmental and social benefits of utilising underground space and provided support to the tunnelling industry across the globe
Going deeper underground

Since its foundation in 1974, the International Tunnelling and Underground Space Association (ITA) has encouraged the economic, environmental and social benefits of utilising underground space and provided support to the tunnelling industry across the globe

Formed through the initiative of 19 nations in 1974, the International Tunnelling and Underground Space Association (ITA) has considerably developed over the last four decades to provide a platform for its 71 member nations, allowing them to work together in a way that promote advances in the planning, design, construction, maintenance and safety of tunnels and underground space.

Any independent nation, many through the medium of a national organisation, can become an ITA member nation, while corporations and individuals can participate in association activities by 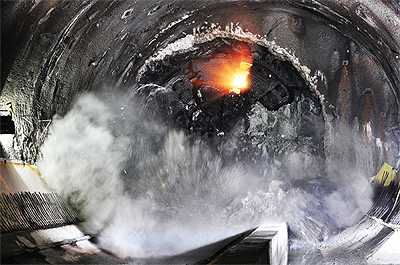 becoming an affiliate member. So far ITA has gathered 300 corporate or individual affiliate members, some of which are prime sponsors or supporters. Meanwhile, ITA’s general assembly meet annually to resolve any questions regarding the organisation and also conducts the affairs of ITA through approving the budget of expenditure and receipts as well as appointing and organising every committee within the association. The general assembly also decides on the admission of any new national organisation and any new affiliate member.

“As a federation of countries each member represents their country as a whole, which has been the case since our inception. Since the renewal in tunnel construction in 1974, the goal of ITA has been to share knowledge so newcomers to the tunnelling industry can benefit. Some of our associations, such as the UK, Italy, the US and China are large, while other countries have a smaller association that may have less expertise; the countries will work together to share information on different topics. Meanwhile, our affiliate members tend to work in the tunnelling industry around the world; they participate to benefit from different opportunities in education, training and technology development. It is expected of us to develop the use of underground space and promote new technologies,” explains Soren Degn Eskesen, president of the ITA.

One example of a new technology is spray applied waterproofing membranes, a technique that offers a strong alternative to the use of sheet membrane waterproofing systems as well as significant cost and timesavings. Other key subjects that will be discussed with delegates at the WTC in Croatia In May are on the use of rebuild tunnelling machines and of fibre reinforced concrete segments,” adds Olivier Vion, ITA executive director.

Organised by the Croatian Association for Tunnels and Underground Structures –ITA Croatia and the ITA AITES, the World Tunnel Congress and General Assembly (WTC2015) in Dubrovnik is running from May 22nd to May 28th 2015 with the theme of developing the use of underground space in South Eastern Europe (SEE). As urban underground space rapidly increases across the globe, WTC2015 aims to further develop underground infrastructure in SEE while also providing the opportunity for professionals from other countries to network and exchange information. “This year reports on site investigation, and good working practice in high pressure compressed air as a new annex to the Immersed Tunnels Owners Guide will also be presented to the audience,” Soren noted.

Supported by ITA, as well as ITA member nations such as Austria, Slovenia, Herzegovina, Montenegro, Romania, Bulgaria, Greece and Turkey, Croatia’s is the first SEE country to host a World Tunnel Congress; it is therefore of great significance for Dubrovnik to host the major international event, which is anticipated to receive around 1500-2000 participants.

In addition to the development of underground space in SEE, ITA is also working on a number of other agendas, depending on social, economical and environmental needs on both a national and global scale. ITA handles new technologies through its committee on technology, ITATech, which for example has produced guidelines in 2013 on sprayed waterproofing membranes, and there have been others produced on monitoring procedures and TBM backfilling.

“The priorities of ITA is dependant on our different member types; we are both promoting state-of-the-art technologies and promoting space for underground development. We are currently working with the UN on finding a solution to an issue that is of importance to everyone: urbanisation. In South East Asia currently and over the next 20 years in Africa there are plans in place to 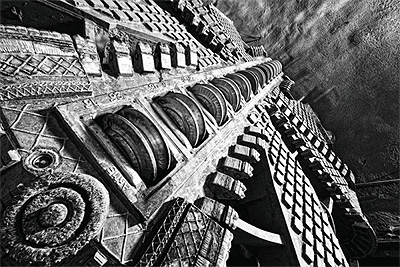 use underground space as a solution to mega cities,” highlights Soren.

As increasingly large concentrations of people continue to live in a limited capacity, it has become integral to use the subsurface as an area to place a range of services in urban environments. These utilities include pneumatic waste systems for the transportation and collection of garbage, water supply and storage, sewerage management, flood control systems, urban heating/ urban cooling and the distribution of electrical and communication cables.

“The operations of ITA are a continuous process, as we work with groups in the UN such as UN ISDR we will be focused on improving awareness with regards to how underground space can help reduce the risk of disasters. For example, using the underground can result in flood protection; a smart tunnel in Kuala Lumpur is used every day as a road tunnel, however, should the risk of flooding arise, it can also be used as flood control. Meanwhile, our work with UN Habitat, which strives for a better urban future, means we are also committed to participating at Habitat three, a bi-decennial UN conference on housing and sustainable urban development that is next due to take place in Quito, Ecuador, in October 2016,” highlights Soren.

ITA also works with the UN on issues such as climate change, with the ITA president and ITACUS chair invited to attend the Climate Summit 2014 by UN secretary General Ban Ki Moon in October 2014. During the historic meeting many governments and organisations pledged to combat climate change, while the announcement of a Global Geothermal Alliance in the field of energy made it clear that ITA’s goals of developing underground space must continue. The association can also help deliver solutions through the utilisation of underground transportation and cities, which reduces carbon emissions and lowers carbon economy.

Another key growth area for the tunnelling industry is China, which has become a hot spot for tunnel construction over the last 20 years. There are even plans in the pipeline for the country to create the world’s longest undersea tunnel, which, at 124 km in length, will be more than twice the length of the Channel Tunnel. Running between the northern cities of Dalian and Yantai, on the east coast, the new tunnel will cut an impressive 1300 km off the current route. “China has become the world’s largest tunnelling market, with about 50 per cent of tunnels worldwide being built in the country,” confirms Olivier. “Tunnels are planned in every city, as the vastly populated city needs underground space for metro systems, high speed lines, power plants and highway tunnels. China has a massive population and requires efficient infrastructure to cope with this.”

As demand for underground space continues to soar, the members of ITA will continue working together to improve solutions for its customers and the public across the world. In line with this ever-growing market need, ITA is looking to resource young people into the tunnelling industry, which will ensure projects can continue in the long-term, as Soren concludes: “The education and training of young people is imperative to meeting the future demands for tunnels and underground space. For example, over the next 20 years Africa will have the largest increasing population in the world. The development of Africa is a longterm issue for us as there are plans in place for mega cities, which will require a lot of tunnels to be built at a lower cost to ones in Europe; this too requires some progress in technology over the next years.”

Services: Supports and encourages the tunnelling industry and promotes the use of underground space