Back to Profile Gallery > International Tunnelling and Underground Space Association

Since its foundation in 1974, the International Tunnelling and Underground Space Association (ITA) has encouraged the economic, environmental and social benefits of utilising underground space and provided support to the tunnelling industry across the globe
Breaking new ground

Since its foundation in 1974, the International Tunnelling and Underground Space Association (ITA) has encouraged the economic, environmental and social benefits of utilising underground space and provided support to the tunnelling industry across the globe

Formed through the initiative of 19 nations in 1974, the International Tunnelling and Underground Space Association (ITA) has considerably developed over the last four decades to provide a 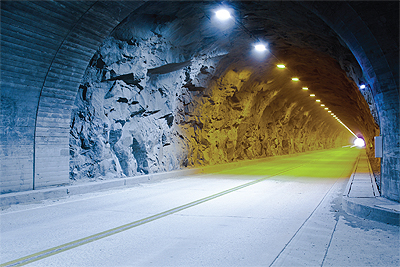 platform for its 73 Member Nations, allowing them to work together in a way that promote advances in the planning, design, construction, maintenance and safety of tunnels and underground space.

Any independent nation, many through the medium of a national organisation, can become an ITA member nation, while corporations and individuals can participate in association activities by becoming an affiliate member. So far ITA has gathered 300 corporate or individual affiliate members, some of which are prime sponsors or supporters.

Focused on its goal of sharing knowledge so newcomers to the tunnelling industry can benefit, ITA has notably large associations in areas such as the UK, Italy and China, the latter of which is where a vast amount of tunnelling development is taking place, as Professor Tarcisio Celestino comments: “Although the tunnelling industry is undergoing something of a revival, it is impossible not to mention the number of projects that are currently taking place in China. In fact, when I was in China last month I went to Jinan, a city of six million people that is in the process of constructing a metro system which many of us were not aware of; the number of systems being constructed in China as a whole, as well as the number of high speed railway tunnels, is remarkable.

“To put it into perspective, in 2008 China put into operation the first high speed rail line in advance of Olympic games; eight years on China has reached 19,000 kilometres of high speed rail lines. More than half of the total length is built underground and further work is continuing to take place on high speed systems. Elsewhere in the world, another notable project is the launch of the construction of the tunnel across the Andes between Argentina and Chile. According to our assessments at ITA, the tunnelling industry is undergoing a rate of increase of six to seven per cent per year; this is particularly significant considering global market turbulence. Despite this, the tunnelling industry is growing.”

Since previously being featured in Construction & Civil Engineering magazine in April 2015, ITA has been in the process of developing a new strategy plan for the next three years in response to the growth within the tunnelling industry. Moreover, the organisation has been focused on maintaining its vision of constructing tunnels, on time, to budget and with no casualties in the face of private investors, with little experience of the tunnelling industry, entering the arena. “Traditional clients of companies within the tunnelling industry would be subway companies or highway departments that belong to the government; these clients would have decades of experience of the industry and would understand the importance of a thorough investigation should a new line be constructed. This isn’t necessarily the case when we meet with private investor who comes from the financial sector and has no idea about investigations or good designs or good engineers and instead seeks out the cheapest prices, which in turn may not lead to the best result,” says Tarcisio. 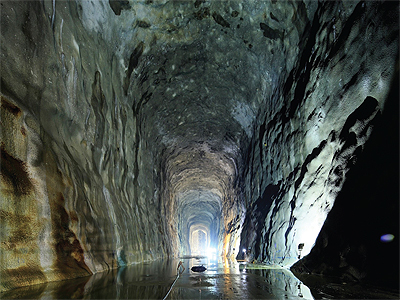 best of our expertise on projects when it comes to issues such as investigations and engineering, that tunnelling is a reliable and predictable option,” he adds.

Complementing this vision is the commitment to innovation within the tunnelling industry, a development that has progressed significantly over recent years in both the mechanised tunnelling projects and conventional tunnelling projects. “When you look at conventional tunnelling, the crew will be using electronics and digital information at the face of the tunnel to assess the resistance and how this varies in the depths of the hole being drilled; this information is then used for the blast but also aids in the quality of the blast and decreasing vibrations, to improve the final geometry and into the optimisation when it comes to getting a higher advance rate of the whole process,” highlights Tarcisio.

Following the ITA Tunnelling Awards in November 2016, further innovations are anticipated to enter the tunnelling industry as the most groundbreaking achievements and innovations in underground infrastructure worldwide now have an audience. “People who have an idea say they have more incentive to develop it and submit it to the awards as the awards ceremony offers an incentive to go above and beyond to deliver high quality, innovations at a faster pace. The number of people attending the ITA Tunnelling Awards has grown 80 per cent from 2015 to 2016 and we anticipate further growth in the future,” says Tarcisio.

“We were very satisfied with these awards and the developments within the tunnelling industry as we continue with our goal of proving tunnels can be predictable and reliable as long as we follow adequate contractual practices. As the world continues to focus on their carbon footprint and high speed rail becomes an increasingly viable option against planes, the number of tunnels is certain to increase; that is certainly the way the world will go,” he concludes.

ITA AITES
Services: Supports and encourages the tunnelling industry and promotes the use of underground space