Back to Profile Gallery > ITA

The International Tunnelling and Underground Space Association (ITA) was first established back in 1974 with 19 countries. Since then the organisation has grown considerably and today it represents 73 Member Nations, with hundreds of affiliate members and 17 prime sponsors from various sectors within the global tunnelling industry. Amongst those attending the annual conferences and represented by the ITA, many are owners, planners, suppliers, consultants and contractors, all of whom are directly or indirectly involved in the ever-increasing number of underground projects taking place around the world.

“When I joined as president three years ago part of my strategy was to strengthen the relationships with our member nations and therefore grow our family,” begins current President of the ITA, Søren Degn Eskesen. “As such, a lot of our growth has occurred during the last five years and we are constantly looking to work closely with our members and bring new members into our group.” 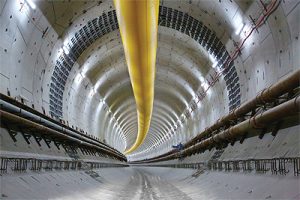 Part of this growth has come from the rapidly growing number of underground construction projects that have been completed across the globe. “Over the last ten years the European and American markets have approximately doubled, but it’s in Asia where the industry has really boomed being 15 times larger than it was before that period,” highlights Søren. “Much of this is coming from China where there has been, and continues to be, a huge number of infrastructure projects going into place. South America is also a booming market at present with lots of projects and plans being implemented in Mexico and Brazil. Africa will be an exciting market over the next 10-15 years as well with lots of developing economies emerging there. So we hope to see some new members coming from these regions.”

The association’s mission statement is to promote the use of tunnels and underground space through knowledge sharing and the application of technology, and it carries this out in a number of key ways. Firstly is its annual general assembly conference, of which it has so far held 41. These provide a unique opportunity for many of the industry’s leading members to network, share knowledge and best practice and discuss the burning issues within the global market. Throughout the rest of the year, the ITA’s four Committees and 13 Working Groups produce a number of guideline and best practice documents surrounding the issues of education and training, use of underground space, safety and technology. So far in 2015, eight of these documents have been issued, forming a key and up-to-date network of knowledge sharing. Over the last five years it has also run a number of training sessions, which have proven to be successful with 4000 people currently signed up on different courses. “We are such a far-reaching, global network that in ITA we will always find someone who is an expert in specific items,” says Søren. “In this way we can create the world’s best source of learning within the industry.”

Another part of ITA’s responsibility is to promote the use of underground space as a viable solution to many of the world’s economic and environmental challenges. “The organisation drives a need for increased used of subsurface areas especially for metro systems and other infrastructure, but also in environmental applications,” explains Søren. “Flood protection and water diversion can all be delivered through underground spaces as we face global climate change issues. I think awareness is starting to emerge as to the need of such projects, especially with things like COP21 and we work closely with the UN to propose solutions. Also by moving things underground it is possible to free up space on the surface, so we try to show people the benefits of underground space for storage solutions and so on. One thing we try to push in this respect is an underground planning committee in large cities, where existing underground spaces can be better utilised, such as is demonstrated in Helsinki and Singapore.”

Keen to promote the industry on a wider scale and attract attention to its services, in November 2015 the ITA held its inaugural international tunnelling awards in Switzerland. These awards cover everything from safety and environmental successes to projects of different sizes and young tunnelling engineer of the year. This last one Søren picks out as being particularly important in today’s market: “I think it is really important because as we see the industry grow we need to attract more people to the industry,” he says. “Globally, we are seeing a labour shortage in our industry and there is a lot of competition for these young, talented engineers from other industries. We try to bring these young engineers into our network with our training sessions and communication channels, and have a young members group to achieve this.”

As far as the future is concerned the ITA will be closely focused on continuing the positive work that has defined its progress as it helps the industry respond to societies’ growing demand for more and more underground space and tunnelling projects, in a safe and sustainable way. “We will continue working with young tunnellers, and reaching out to city planners to promote the benefits of the underground to provide sustainable solutions and we will be working with the United Nations to react to the reduce the impact from the climate change,” details Søren more specifically. “We will be having our next general meeting and World Tunnel Conference next year in San Francisco and I am sure that this will key to the industry’s continuous growth for years to come.”