Operating across four firmly established divisions, the KW Bell Group represents a leading traditional construction company with a solid reputation for both quality and service
Ringing out for quality

Operating across four firmly established divisions, the KW Bell Group represents a leading traditional construction company with a solid reputation for both quality and service

Representing the largest company operating within the Forest of Dean, the KW Bell Group is a construction company with a strong traditional background that today employs more than 500 members of staff and has an expected turnover for 2016/2017 in excess of £58 million. The roots of the business date back over close to half a century, when the company’s founder and current Chairman, Keith Bell, started out by working as a solo bricklayer in the western counties of England. KW Bell was officially founded during 1965, with the company growing steadily over the following 20 years until 1986, when Keith founded the housing division of the business – Bell Homes. This division has since go on to build in excess of 1500 homes across Gloucestershire, Herefordshire and South Wales. 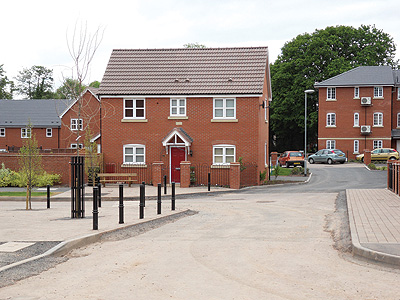 KW Bell today operates across four divisions, which are comprised of Bell Homes, Bell Contracting, Bell Partnerships and Bell Plant. Bell Contracting Ltd presently represents the largest single division within the group, accounting for circa £36 million in annual sales with as many as 30 contracts in operation at any one time. The Bell Contracting division was originally developed in 1993 and aptly demonstrates the impressive levels of growth that have been achieved by the wider KW Bell Group in recent years. Bell Contracting is easily capable of undertaking multi-million pound contracts and has worked on behalf of several leading developers such as Westbury Partnerships, Barratt Homes, Lovell Partnerships, Lioncourt, Redrow Homes, David Wilson Homes, Persimmon Homes, Kier Partnerships, Charles Church, Taylor Wimpey, Bryant Homes, Laing Homes, George Wimpey and Bellway Homes.

The group is further supported by Bell Homes, which acts as the company’s in-house development segment with a strong proven track record, having built and sold 85 homes in 2016/2017 with sales reaching some £18 million. Bell Homes undertakes far-reaching developments, ranging from prestigious unique buildings to larger scale projects accounting for as many as 40+ units. The company takes pride in the quality of its work, regardless of the size of the project at hand and continually works to ensure that this value is not compromised. The reputation of Bell Homes reflects that of the wider KW Bell Group, in that it is built on placing an exceptional emphasis on the quality and individuality of every single project. This philosophy further is carried on throughout the business by its skilled tradesmen, who embody an attention to detail that allows Bell Homes to build properties that withstand the test of time.

Further to the highly successful Bell Homes and Bell Contracting divisions, KW Bell further manages its Bell Partnerships and Bell Plant businesses. Bell Partnerships works in collaboration with partners ranging from housing associations and local authorities to independent investment groups to design and construct superior quality housing that offers true value for money. Its clients in this market include venture capitalists, property developers, local authorities and registered social landlords, with Bell Partnerships offering an efficient, end-to-end design and build package. The group’s Bell Plant division adds a further level of support to the company’s comprehensive design and build service, by offering a wide range of plant equipment to construction sites throughout South Wales, the southwest of England and the Midlands. The company’s extensive suite of plant equipment includes 360 excavators, dumpers, forklifts, rollers and scaffolding, which encompasses a total asset value of close to £2 million. Furthermore KW Bell plans to invest an additional £2 million in plant in 2016/2017, on top of its existing renewal programme. 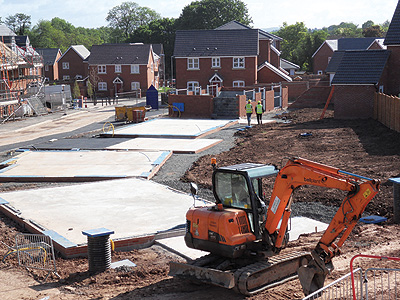 The KW Bell Group was  previously featured in Construction & Civil Engineering in February 2016, during which time the company’s Managing Director, Peter Bell, discussed the group’s recognition in the Redrow Contractor of the Year award for 2015. Core to the continued success of KW Bell is the flexibility of the company in operating as a family-owned business, coupled with the on-going development in training for its skilled workforce, as Peter comments: “The key strength of the business is in its people, their retained skills and the dovetailing of their operations. Staff turnover rate is very low and we pride ourselves on creating a great place to work with a strong work ethic to match. Some of our employees across all levels of the business from ground workers to management have been here for more than 40 years and this culminated in winning the Gloucestershire Family business of the Year in 2007. This tells its own story.”

This commitment to personal development and maintaining the highest standards of quality is matched by the group’s investment into developing a dedicated health and safety culture. During 2011 for example, Peter’s daughter, Nicola Bird became Health and Safety Officer for the business and has since successfully grown the company’s continuous training programme. This further led to Bell Contracting being awarded the Platinum Certificate of Excellence by the Construction Industry Training Board (CITB) in 2015 after carding over 90 per cent of its 360 employees in all operations, following a £40,000 investment.

Although the company has met with some challenges relating to a significant skills shortage across the construction industry and the political culture surrounding the construction of new homes in recent years, the KW Bell Group remains well placed to weather these obstacles and continue to enjoy positive turnover throughout 2017. It has an order book and land bank that is at least two years full, and the company is in a very healthy position. By building on its trusted reputation, the loyalty of its clients and a robust training programme, KW Bell remains on-hand to offer a comprehensive service package that extends across the entire construction industry.