Back to Profile Gallery > Leica Geosystems

After 200 years of pioneering innovation, Leica Geosystems is now focusing on a global market
Surveying the future

After 200 years of pioneering innovation, Leica Geosystems is now focusing on a global market

Leica Geosystems is at the forefront of producing solutions for the capturing, analysis, and presentation of spatial information, which can be used in a variety of applications. The company’s surveying solutions are recognised particularly within the construction industry as being dependable and value-driven, with superior customer support. Formed over 200 years ago, Leica has been a consistent technological pioneer in the provision of capturing hardware, as well as the development of innovative software in the analysis and presentation of information. Working alongside thousands of customers worldwide, the company is truly global in operation, employing 2400 people across 21 countries, with partnerships in over 120 countries as well. 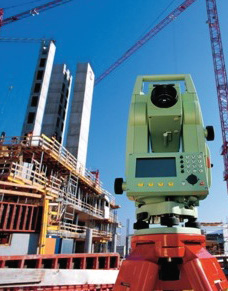 Leica’s history begins with Kern and Co., established in 1819. Over 100 years later in Heerbrugg, Switzerland, Heinrich Wild developed the T2 – the world’s first truly portable opto-mechanical theodolite, and the cornerstone to modern surveying techniques. The Wild-Heerbrugg Company was formed in 1921, and has made significant innovative developments since its inception. In that year, the company launched the C2, the first aerial camera, as well as the B2, a photogrammetric plotter. A keen sense of entrepreneurship and staff dedication ensured Wild-Heerbrugg would remain at the cutting edge of surveying solutions, and this spirit was supported by the acquisition of Leitz Wetzlar, including Leica Camera, in 1986. Four years later, a merger with Cambridge Instruments resulted in the creation of the Leica Group, which aided focus within a competitive capturing industry. IPO Leica was introduced to the Frankfurt stock exchange in 1996; following this, Leica split into its Microsystems and Geosystems divisions in 1997.

At the turn of the millennium, Leica expanded its operations in North America through acquiring Laser Alignments Inc, Michigan, Cyra Technologies, California, and ERDAS Inc in Georgia in 2001. Equally, the company added to its Scandinavian market capabilities by purchasing Microfyn, Denmark, as well as Scanlaser AS in both Norway and Sweden. During this period, Leica also maintained its high level of quality innovation, introducing the ADS40 in 2000, a pioneering aerial digital camera, as well as Leica HDS in 2003. This release signalled the start of high definition surveying possibilities, as well as a rapid visualisation process. In July 2007, Leica launched its ScanStation 2 laser scanner used in topographic surveys. Surpassing the company’s already market-dominating original ScanStation, the second edition boasts a maximum instantaneous scan speed of 50,000 points per second, over ten times more detailed than its predecessor. ScanStation 2 sets a new standard for scan speed in pulsed laser scanners, offering a complete 360-degree fieldof- view, faster data production times, and increased measuring distances.

Gold Partner Award
Leica’s topographic capabilities have been frequently recognised; most recently the company won the prestigious Gold Partner Award at Ordinance Survey’s annual partner conference in June 2007. Among 500 organisations involved in Ordinance Survey’s Partner programme, Leica was recognised for the capabilities of its SmartNet commercial network in working alongside Ordinance Survey’s OS Net stations. John Fraser, regional director for Leica UK and Ireland, outlines the importance of this award: “The company is both delighted and honoured to be recognised by 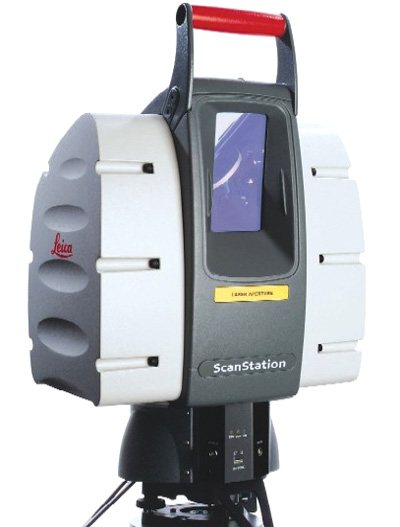 Ordnance Survey with the prestigious Gold Partner Award. It represents the culmination of hard work and effort from the team since the partnership began in 2005 with the launch of SmartNet.”

The company’s surveying techniques have been used in a variety of applications, but more sobering circumstances have allowed them to be used to crucial effect. Following the collapse of a major San Francisco overpass on April 29th 2007, local police and accident investigation teams have used Leica’s ScanStation technology as the immediate response in surveying the scope of damage. The investigators used ScanStation to systematically scan the scene, collecting high-accuracy laser scan data from the ground to the top of the overpass. ScanStation provided 3D laser modelling of areas where it was physically unsafe for individuals to walk and investigate, and the remote data access options were of obvious benefit for the response team.

Underpinning the company’s operations is a total quality management (TQM) system, which affects every level of personnel at Leica. Equally, quality is a factor that not only concerns products, but also procedures, decision-making, and methods of response to a customer’s needs. TQM follows the business excellence model promoted by the European Foundation for Quality Management, and is supported by an efficient and highly developed IT system to support qualitative operational processes. Leica has also received ISO 9001 accreditation in 2001 in regards to production, development and sales, as well as ISO 14001 recognition for environmental practices. Furthermore, the company was one of the first to sign the International Chamber of Commerce’s business charter for sustainable growth, making Leica responsible for respecting the environment, employees, customers, and suppliers.

The quality of the company’s management system has been developed over a long and successful operating history, with innovation remaining at Leica’s core. Embracing general technological developments has allowed the company to create refined techniques for a wide variety of applications, and this approach should ensure a successful future for all at Leica.