Back to Profile Gallery > OY Forcit

OY Forcit AB has a fine pedigree in the development of chemicalbased products, and is a leading producer of explosives and polymer dispersions used in the manufacturing of paints and lacquers
Dispersing logic

OY Forcit AB has a fine pedigree in the development of chemicalbased products, and is a leading producer of explosives and polymer dispersions used in the manufacturing of paints and lacquers. OY Forcit is the amalgamation of two main strands: Finndisp, which produces polymer dispersion products; and Forcit Explosives, an expert in the manufacture of NG and plastics-based explosives as well as emulsion explosives. Emanating from the Hanko region in Finland, the company has expanded to become a widely recognised brand across Europe in the production of polymer dispersion. This success has stimulated expansion into Russia, with a facility opening in the last quarter of 2007. Forcit prides itself in offering its customers the highest quality production, consulting and training, and advertises itself as a knowledgeable business partner. The success of this approach can be demonstrated by the 72 million euro turnover enjoyed by the company in 2006, as well as share capital of 3.149 million euros. Forcit employs over 250 people, 80 of which are concerned research and development, investment planning, administration and clerical duties. The central emphasis of the company is to be competitive in quality and price, and to satisfy customers. Equally, products must be safe, effective, and versatile. 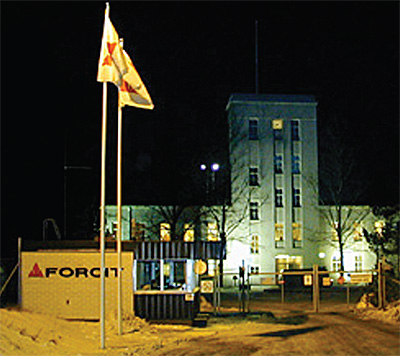 Forcit has a long and rich history as a company, dating back to the late 19th century and the initial civil experimentation and development of dynamite and explosives in Finland. In 1893, the Finska Forcit-Dynamit Aktiebolaget company was created on the Hanko peninsular, producing dynamite for civil construction programmes. In 1970, after steady expansion, the company shortened its name to Forcit, becoming OY Forcit AB in 1983. In the late 1960s, Forcit expanded into the production of polyvinyl acetate, polyacrylate, and various kinds of copolymer emulsions. This was consolidated in 1982 with the licensing and co-operation agreement formed alongside Union Carbide in the production of high quality acrylate binders, which was renewed and expanded in 1995. The expansion was improved in 1998 through the purchase of the civil explosives division in Vihtavuori from Patria Lapua Oy.

Over the past two decades, the focus of both wings of the company has been on the development of environmentally sound production processes, and the reduction of potential impact of emissions within their services, despite a continual growth in volume. The TNT department of Forcit received Defence Forces AQAP-120 accreditation in 1986, and as well as being awarded ISO 9002. In 1996, the company gained a Det Norske Veritas environmental certificate, the ISO 14001. In 2006 Forcit was awarded with Natos MSIAC award. It is now one of Forcit’s aims to monitor all its discharges and waste, with the hope of reducing the amount through production and service innovation. Through supervising the acid and nitrous dioxide releases from its explosives factory, carefully choosing its raw materials, and optimising the use of energy, the company has maintained quality and safety standards set out by Forcit’s yearly workshops. 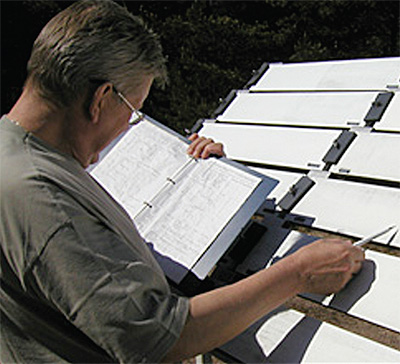 The Finndisp strand of Forcit has expanded the most in recent years, and advanced the company’s position within the polymer dispersion manufacturing industry. Working closely with clients has given the company experience of dealing with customer’s needs, as well as in the development of products and processes. This facilitated the creation of a new production reactor in 2003 located in the Hanko region. Hanko has long been an advantageous site for Forcit’s operations, and has been instrumental in the company’s success. Being on a peninsula, Forcit has the ability to use both rail and sea transportation routes in the importing of raw materials, and exporting of finished products. Hanko harbour assists the ease and flexibility of procuring resources via the use of large storage tanks. Equally, being located in the middle of regions such as the North and Baltic Sea means that the company understands and has developed products that are suitable for potentially harsh environments.

This knowledge has aided expansion into Russia; with Forcit announcing in 2007 that its OOO Finndisp subsidiary had built a new dispersion plant southeast of Moscow. This facility has the capacity to produce 30,000 tons of dispersion polymers a year, in comparison to the 40,000 that the company’s Hanko operations produce. Costing 12.5 million euros, the plant will provide employment for around 25 employees. This expansion has allowed Finndisp to deal directly with its 350 customers within Russia, all large to medium-sized paint manufacturers. The Russians use five to six kilograms of paint per inhabitant, compared to 15-20 kilograms in Western Europe. Also, water-soluble paints make up 25-30 per cent of Russian consumption, whereas this figure is closer to 60 per cent in Western Europe.

Forcit’s CEO Ulf Sjöblom comments on the Russian expansion: “It is a huge investment for a company the size of Forcit. The demand for dispersions is increasing in Russia on account of two factors. On one hand, the overall consumption of paint is continuously increasing; at the same time, the market share of watersoluble paints is on the increase.” Ulf believes that Forcit’s experience within the industry will separate it from its competitors within Russia, as will its expertise in relation to producing condition-specific products. Ulf continues: “In Russia, the products can sometimes freeze. This must not affect their quality. The cooperation partners’ knowledge of the local market is essential.” This emphasises the close working relationship that the company’s success is built upon, and the motto: “Together we are successful”.