Back to Profile Gallery > Ramboll

With a growing global footprint and a buoyant infrastructure market, Ramboll’s tunnelling division is playing a role in some of the world’s most complex projects
A global consultant

With a growing global footprint and a buoyant infrastructure market, Ramboll’s tunnelling division is playing a role in some of the world’s most complex projects

Standing on top of their university building looking out over the city of Copenhagen in 1945, engineering students Rambøll and Hannemann had one vision: to help rebuild the city after the second world war. “The company has quite humble origins,” says head of Ramboll’s tunnelling division, Alun Thomas. “Now it has grown to having 12,300 staff operating in 35 countries. A very large, global, multidisciplinary consultancy that has come from two engineers fresh out of university deciding they can help rebuild a better world.” To give a greater sense of the company’s size, it turned over more than one billion euros in 2014. Serving a whole range of industries including buildings, transport, urban design, water, environment and health, energy, oil and gas, and management 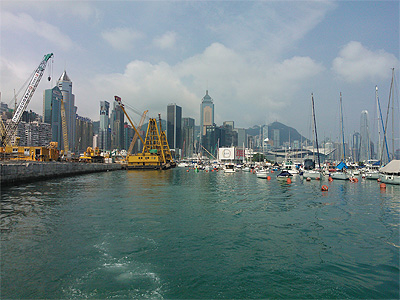 consulting, Ramboll is a truly global company with an everincreasing footprint. Following the acquisition of American company Environ in 2014, Ramboll has shifted its balance from being a Scandinavian based company to one with a much more expansive global operation and has brought on board an extra 1500 environment and health science specialists.

Despite this global shift within the company, Alun is keen to express the company’s commitment to its roots. “Scandinavians tend to be very modest,” he explains, “and this approach permeates throughout the atmosphere in the company. As an engineer, I find that attractive because it’s not about egos, we’re all problem solvers and we enjoy making things better – that’s what motivates us.” Some could argue that this is a challenge for the company, however, as Alun points out: “Not many people may know the name Ramboll yet we are designing major projects like the Queensferry Crossing project in Scotland, one of the largest bridge projects in Northern Europe and the most extensive construction project in Scotland and the Fehmarnbelt Tunnel linking Germany and Denmark.” This attitude is very much the core strength of Ramboll. Alun continues: “What really makes us stand out from other businesses in our field is that we always have a deeply ethical standpoint, and integrity is a strongly rooted value in the company. We’re not machines. We’re not in the pockets of politicians, nor do we work on projects that show lack of respect for the environment. Collectively, these values are what we call the human touch.”

Innovation also sits at the heart of Ramboll and its presence as an industry leader on an international stage is evident. Not only does it run its own innovation competition within the company, but also some of its employees have been singled out as outstanding withintheir respective industries. For example the European Federation of Engineering Consultancy association awarded the Young Professional of the Year award to one of Ramboll’s bridge engineers, Anne Moloney, with her oil and gas colleague Francesca Del Din finishing as a runner up. Very soon, as chairman of the ITAtech Activity Group on Precast Fibre Reinforced Concrete Segments, Alun will also be launching the design guide, which will be available for free online for engineers who want to make use of fibre reinforcement for tunnel linings.

When completed in 2021, the Fehmarnbelt Tunnel will span 18km across the Fehmarn strait between Denmark and Germany, and will be the world’s longest road-rail tunnel. The immersed tube project represents one of Europe’s biggest ever infrastructure projects and the completed works will reduce travel time from Copenhagen to Hamburg by two and a half hours. “The project gained some fame because the client ran a competition between a bridge and a tunnel, and Ramboll was delighted that the tunnel team came out with the best solution for the client,” explains Alun. At present, the project is in its early stages with tendering in process and initial preparation works underway. “It will be a massive project,” he highlights. “Each of the units, for example, that make up the 18km is about the same size and weight as the Titanic, so it’s very complex but also very exciting.” The project is also being accompanied by a highspeed rail link from Copenhagen with Ramboll involved in various contracts as part of the Danish railways project. 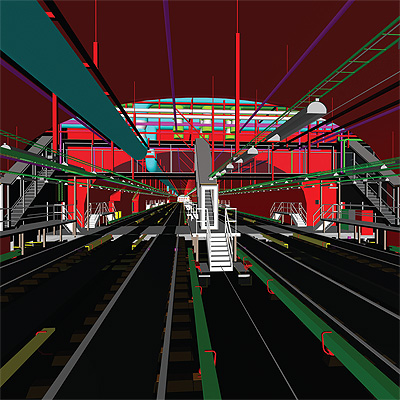 A testament to the company’s expertise on a global stage is its role in Hong Kong metro’s North South Line project. Contract 1121 is a 1.4km immersed tube tunnel which will span the Victoria harbour and will carry two tracks for metro trains as part of the 17km Shatin to Central metro project. “Our role is to act as an expert reviewer for the government on the project,” says Alun. “It is fairly early stages at the moment and construction hasn’t actually begun, but the design is very well advanced.”

Amongst a robust portfolio of many projects Ramboll has also been involved in the the Øresund link between Denmark and Sweden, familiar to many from the Scandinavian TV series, ‘The Bridge’ and Pulkovo Airport in St Petersburg. Ongoing projects also include the largest expansion to the Stockholm metro since it was first built, the Lanïsmetro in Helsinki and the revitalisation of the Nordhavn port area of Copenhagen, which will include a new road tunnel called Nordhavnstunnel.

“Infrastructure is very buoyant at the moment,” explains Alun. “If I look across the whole company at different projects in different places I can detect a level of energy and dynamism within the market.” With countries across the world currently investing heavily into their infrastructure Ramboll is well placed to be on hand to fill a consultancy role. “As a tunneller it’s a great time to be in the industry,” he continues. “There are a lot of projects coming up in the UK, even as Crossrail winds down, HS2 for instance is going to be very interesting and similar iconic projects are present throughout the world. For example, the Doha bay crossing in Qatar has reawakened – it’s a very complex project that we are involved in pursuing. Scandinavia is very busy in terms of infrastructure and there are lots to get involved with in Singapore and India.

“What I think has changed in the last three years, particularly with the acquisition of Environ, is that we have a much greater footprint in the world and the style in which we work together is becoming a lot more integrated, and that opens up lots of opportunities.” With the recent large move with Environ, Ramboll’s future focus is very much on ensuring this integration is managed to the best it can be. “There is a big strategic push on being stronger together,” Alun concludes. “We are trying to capitalise on the synergies that we get within the whole company between the disciplines. By doing this it means we can draw a lot of expertise into projects, and it also sparks new projects as we find new collaborations.”