Back to Profile Gallery > Rudridge

Now part of the Travis Perkins group, Rudridge continues developing its brand and establishing its supplier relationships to ensure it can keep delivering quality service to its customers
Paving the way

Now part of the Travis Perkins group, Rudridge continues developing its brand and establishing its supplier relationships to ensure it can keep delivering quality service to its customers

Founded in 2000 and operating from four sites around London and the Southeast, Rudridge has successfully established itself as a specialist distributor of groundworks, drainage and civil engineering materials. Founded by Alan Betteridge and Robert Rudd, the company existed as an independent until February 2015 when national construction supplier group Travis Perkins plc (TP) acquired the business to complement its brand portfolio. Through a strong commitment to service and effective market engagement, Rudridge has developed a robust brand that has allowed it to become successful in what has been a challenging industry.

“Our core customer base is small to large housing groundworkers,” explains Business Development Manager, Darren Price. “From our point of view then, the market conditions are very positive 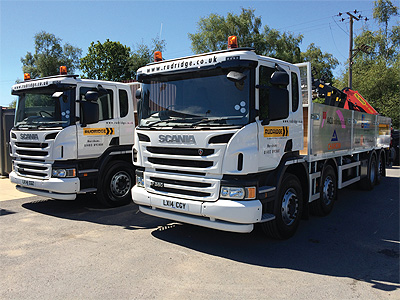 especially as the government focus remains on building houses. Over the last two to three years we have seen double digit growth and we are forecasting this to continue as we go forward.” The UK construction market is picking up following the recent recession and whilst this contributes to the current performance of Rudridge, equally attributable is its own core strength.

“Our strength has really come from the relationships that we have established with customers and suppliers,” notes Darren. “From a customer point of view it has always been about service. The business ethos is about putting ourselves in the customer’s shoes, asking ourselves what we would expect and going above and beyond this. From a supplier perspective, and also for customers, it’s all about trust. The strap line of the business is ‘trust us to deliver’ and that sits at the heart of everything that we do.”

Whilst the core of Rudridge’s business remains firmly within the housing sector, it does have within its project portfolio prestigious involvement that demonstrates the standing it has with its customers. Of note is supplying materials to Buckingham Palace and Wembley Stadium works. “These projects are very much lead by the customer base, they come along for us because they win them,” points out Darren. “We don’t actively target these prestigious projects, they come to us because of the relationships we have with our customers. You wouldn’t always expect a smaller regional merchant to be getting involved in these types of projects but because of what we offer that is different, we do.” The service it offers to its customers to achieve this is enhanced by the relationships it also shares with its suppliers, as this allows Rudridge to uniquely work within tight timescales. “It is important that we are fully concentrated on providing an excellent level of service regardless of the type of project we’re working on,” highlights Darren further. “Our bread and butter is not prestigious projects, it’s the housing plots – that’s where we owe our success and we’d never lose focus of this.”

Rudridge’s brand is an important part of the way it operates and the company has demonstrated an effective commitment to managing it. Most significantly Rudridge is the sponsor for the UK’s Ultimate Strongman competition, which hits around two to three million viewers on primetime Channel Five television. “The synergies between us and the competition’s brand are quite clear,” highlights Darren. “We felt that it would be something that resonated with our customer base demographic, it gives the brand national TV exposure and it is something that our customers and potential customers are engaging with.”

Testament to the company’s well-established brand and prominent reputation within the industry is its acquisition by TP, which was a move by the company to facilitate its continued growth. 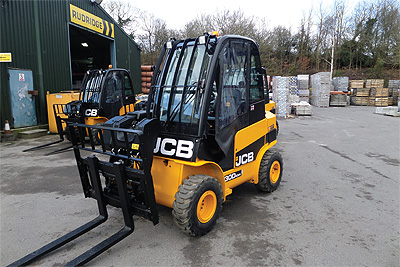 “Alan and Robert felt that growth for the business would be much more achievable being aligned to and part of a bigger group,” notes Darren. “The directors remain at the heart of the business with the day-today responsibility of running the company so we have the best of both worlds really in becoming a part of the TP group. We retain a strong regional brand but we also have the back up and resources of a FTSE 100 organisation. Ultimately, this is what will help sustain, support and drive growth moving forward.”

The synergies gained from the acquisition look set to benefit both parties, not least when considering the challenges that currently face the company. Darren points out that whilst the material shortage in the construction industry is beginning to right itself, there is still a haulage shortage that could affect the way companies operate in the future. “Our biggest threat is a more targeted approach to the civils market from the competition, which creates margin pressures. Our opportunities lay in the continued focus on house building and in the government continuing to push that because that’s where the core business sits,” he says.

As Rudridge moves forward its priority is to maintain the profitable growth that it has experienced over the last couple of years. “Over the next 12 months we will be focusing on continued growth and also successful integration whilst retaining our own identity by pushing the brand forward,” outlines Darren. Early in its life with TP group, the company is still establishing its position within the group and a major integration project is currently underway to achieve this. Longer term, Darren expresses that Rudridge will very much remain in control of its own destiny and suggests that developing the brand across its branches may be a possibility for its future success. “We have been successful by specialising and operating within a specialist offering so diversifying outside of this isn’t something we’re looking at,” he concludes. “Ultimately, we will continue to do what we have always done very well and we will continue to do it well.”