Back to Profile Gallery > Steeltech Sheds

Established by EY Entrepreneur of the Year Sean Brett, Steeltech Sheds is one of the leading outdoor structure companies in Ireland
A shed revolution

Established by EY Entrepreneur of the Year Sean Brett, Steeltech Sheds is one of the leading outdoor structure companies in Ireland

While talking to Steeltech Sheds CEO Sean Brett, it is clear why he was awarded the EY Entrepreneur of the Year award in 2015. Aside from talking about sheds, garages, chalets and other outdoor 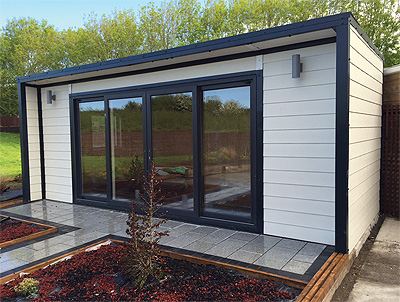 structures, he talks passionately about the book Good to Great Companies: “The second best one I ever read”. After that, he discusses the founder of Nike talking about establishing the sporting giant on CNBC: “He was asked ‘Did you think it would be as big as it is now?’ And of course, he did not. But who knows, perhaps it’s possible to achieve that level of success?”

There is a sense of a legend in the making, as he recounts the true tales of his life growing up on a farm in the West of Ireland, and how this resulted in him leaving school at the age of 14, working around his home country and the UK, before coming back to Galway to establish a painting and decorating firm. During that time, he began to fill in time during the quiet winter periods selling coal. It was when he found that the draughty wooden outer storage failed to shelter the fuel, that there was a moment of inspiration. Soon after this, in 1995, Steeltech was founded, and today has 170 employees, 25 to 30 per cent growth year-on-year and a turnover of £17 million. In 2015, production relocated to a 50,000 square feet facility in Tuam, on the site of a former Coca Cola factory near the area he grew up. In that time, the impact on the industry has been massive: “When the organisation was first established, there was a 60/40 per cent split between timber and steel sales. Now it is 98 per cent steel-based, as people want a quality product, and don’t want to change it every seven years,” he confirms.

Making it
It is easy to be dismissive – there is a certain old-fashioned aspect that the word shed evokes, and while that may have been true of the older timber models, it only requires a look across the Steeltech range to dispel the musty image of a rickety shack in the corner of the garden: “The interior can be a galvanised frame, but the front can be a PVC wood finish or tile effect. With the designs that the team is working on, the aesthetic quality is being improved on continuously,” he insists. Increasingly, there is a growing demand for other outer dwellings in the range, as he continues to detail: “It used to be just sheds and garages, nowadays 25 per cent of what’s sold is home offices and garden rooms.”

Sean clearly cares deeply about what he sells, with firm ideas about what customers expect: “There should be no maintenance, ever. This is a crucial factor, alongside offering a 20-year guarantee. Insulation is also important as people associate the metal with condensation, so the structures have to be properly insulated.” This commitment to quality also applies to the workforce: “The key is to get the right people – in the past there was this habit of hiring fast and flying slow, whereas now it’s the other way around. If the job doesn’t suit someone, there is no point having them stay.”

The dedication to finding new developments doesn’t even stop when Sean is on holiday, as he observes: “I see what they’re doing in America, Germany or wherever I am. It’s important to be on the lookout for ideas, and the feeling is ‘If you see a good idea, copy it…and make it better!’” This open-minded approach also extends to the shop-floor, with a suggestion box in place so anyone can contribute: “There is always the desire to do better. If any ideas are taken up then the person that made them will be financially rewarded. Even if it is just a little change, making the design even slightly more efficient, then that idea was worth it.”

Brand value
Another thing that is clear when speaking with Sean is that he is extremely passionate about marketing: “Essentially, this is about creating a message and a call to action. At the risk of bragging, I 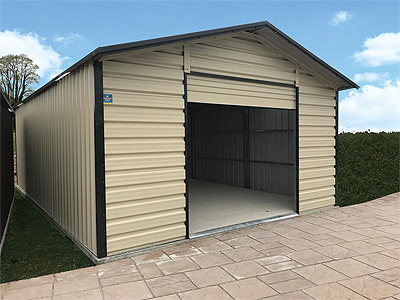 like to think Steeltech has a good handle on both aspects,” he exclaims. Indeed, this positivity proved to be vital during the economic downturn around 2008: “When the pressure was on and everyone was cutting back, the decision was made to take the opposite approach, to invest more and bring prices down, meaning volume had to be increased. In effect these are the three factors that have served the organisation well; competitiveness, quality as well as effective promotion.”

This level of improvement has occurred across all aspects of working practices, including an upgrade in terms of worker protection: “A few years ago if the health and safety officer came around, there would be a lot of hair pulling and worried faces. Nowadays the inspectors are welcomed in, because the standard has improved so much, with the training and equipment being upgraded all the time,” he proudly beams. There is also a push towards a more sustainable business, with Sean admitting there would be an additional promotional angle alongside the wider benefits this could potentially offer: “The company is always looking to do what it can. If smaller electric trucks came out, Steeltech would be the first customers. Aside from being good for the environment, this would be a fantastic advert, having a line-up of vehicles and all of them electric.”

Spreading the name further afield is a major target: “Having got into the British market last year, it is important to build on that over the next 12 months. After that, in a further four to five years, there will be a move into Germany and Holland, before eventually achieving world domination…in sheds.” Sean chuckles, but it is clear that this is only a half-joke, and the desire to see how far the brand can reach out is very real.

Sean talks about a passage in the book Good to Great Companies. While it describes the act of choosing employees, equally it could refer to the drive that successful entrepreneurs have: “It talks in particular about motivation, the idea is that you can either do it or you can’t, so if you aren’t motivated then it’s a waste of time.” There is a very real, driven presence with him, and it seems to be there with Steeltech as an entity itself. While nobody can predict the future, if one day there is a news story about this shed company being the most successful in the world, it would not be that surprising.