Back to Profile Gallery > Stonewood Builders

For nearly 50 years, Stonewood Builders has defined itself through impeccable craftsmanship and a unique multi-disciplinary approach

As a high-end contractor, homebuilder and ground working business, Stonewood is well and truly doing it all. Founded by Neil Aitkenhead as a general contractor in 1972, the company was taken over by his son Matthew Aitkenhead, and his close friend Ben Lang, 30 years later. Since then, the pair have developed Stonewood into an expansive operation, which extends its reach over numerous construction-based specialties in order to provide turnkey solutions for the most ambitious of projects. 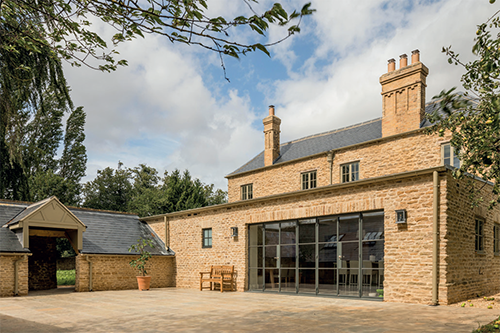 “We had grown the contracting work into high-end country properties and refurbishments, as well as conversions for privately owned traditional buildings. That side of the business really started to grow and become successful, so we took ownership of it and bought out the old guard in 2009,” summarizes Stonewood’s Chief Operational Officer, Ben Lang.

“In 2014, we began moving into some development work, and turned it into a new arm of the business. We were doing pretty much the same sort of work we did in the main contracting division: historic building, conversion and refurbishment,” he continues. “We have always had a good focus on attracting and developing bright young potential by offering them opportunities for progression. Two such people, Mike Hopkins and Sam Smart, who had been in the business for 12 years, became directors and equity shareholders in 2016. Within that main contracting business we had another person, Jamie Priest join us from a competitor, in order to broaden the director management team. That group made up our initial platform.”

Built on these sturdy foundations, the company soon seized opportunities for diversification. “We worked for an individual called Richard Cherry on a refurbishment project in Bath, and through this we got to know him socially,” reveals Ben. “Richard, a housebuilding heavyweight from his time at

Countryside Properties joined us as a shareholder and chairman in 2018, and that was the start of us moving into house building projects; this soon became a division of Stonewood with a number of live sites.

“Then, during lockdown we saw another opportunity; a few guys that Matt and I have known for many years became available from a civil groundwork background, so we created a ground-works business in June 2020. It has largely operated in-group, and with opportunities that have been created by our other divisions, Builders, Homes and Partnerships, it’s really flourished,” he adds.

The diversity and ambition of the company’s business model has helped it go from strength to strength, but as Chief Executive Officer, Matt Aitkenhead, discusses, the company is unique in more ways than one: “There’s a combination of things making us stand out at the moment. The longevity of our contracting business gives us a real competitive edge; we have been around for a very long time, and delivering such high-quality work means we have a great reputation, which helps other arms of the business enormously.

“Because land and estate owners are often in the early stages of development when we get involved, that opens up conversations about other assets they have on the estate, and how they might realise and develop them. Very often we join hands and end up working very closely, which gives us opportunities in existing buildings, land holdings and partnerships,” he details.

Partners in the real-estate industry also help in supporting the success of Stonewood; as Strutt and Parker, Savills, Knight Frank, and Carter Jonas are all long-time affiliates of the company. “The agents will recommend us as builders on the estates and houses they sell, and in turn we deliver beautiful work. Everyone walks away happy, and so they are very keen to continue working with us, as we are with them,” Ben affirms.

These strong relationships with landowners, architects and agents go hand in hand with Stonewood Builder’s larger group of divisions, as Matt states: “The multidisciplinary collective is also very closely linked to our success, as very few of our competitors cover all these brands. As a result, they don’t get that foot up that the building arm of Stonewood gives the rest of the group. I think that is what stands us apart from the rest of the competition.”

The Stonewood model is also one built on the success of its people. “Most of the managerial team, including Matt and myself, started onsite in 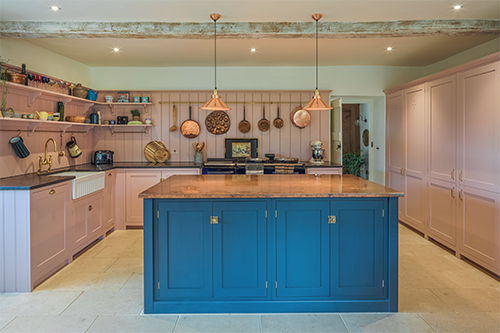 entry-level positions,” says Ben. “We have a very stable group, as well as huge staff retention numbers; we’ve been very successful in that aspect. We train people by identifying their strengths, and we work together to help them flourish. I think again it has been a huge asset for the business,” adds Matt.

Stonewood’s ongoing success has helped it secure work on a number of high-end historical projects. “The Newt in Somerset is an estate that has been bought by ambitious owners, who are developing the estate into a hotel, and we have been one of the principle contractors there for the last five years,” says Matt, highlighting one of his favorite ongoing projects.

“The farmyard is a collection of buildings on the estate comprised of 17 suites; these are positioned around some central buildings, which are mostly spas and restaurants. It’s just the most amazing complex, so I would describe it as being a great example of what we can deliver at the highest standard,” he adds.

The Newt in Somerset project is ongoing, as the Stonewood team are now working on a number of projects and attractions on the estate: “We have worked in collaboration with Stonewood Design, an associate architect practice which sits outside the group,” details Matt. “We have worked with them on a project called the Roman Villas, which will open in 2022.

“The project is a great way of showcasing the diversity of Stonewood’s capabilities. We have a very modern, very technical steel glass building, housing uncovered Roman remains and other artifacts, in the same plot as a traditionally built Roman villa, which is made by hand using authentic materials. It’s one of the most extreme, true to life copies of Roman craftsmanship.”

Emphasising his own passion for this project, Ben affirms: “Nothing has been done by halves, everything has been done beautifully, so it’s a joy for us and our guys to work on the estate. Pretty much everything you do there is a one off, which is something you probably won’t do again in your career. It has even given us the opportunity to move into new territory, and we are now working on a project in Cornwall with the same client.”

As Ben and Matt look toward the future of Stonewood, it seems geographical expansion is on the horizon. “The Newt in Somerset project is allowing us to expand our geography. Moving into the South West; we are looking at opening an Exeter office, and starting to work in Exeter as part of that migration south, which provides us with the opportunity of continued growth in areas where we feel we can offer a good service at good value,” details Ben.

“Geographically, we are keen to firmly establish ourselves in Exeter, feeding into Devon and Cornwall completely from that area. We have outlined plans to open in Surrey, so we are able to deliver south of the M4 in that area of London, and the commuter belt in Surrey and Hampshire where we work at the moment,” Matt adds.

As the company continues to grow into new areas, and prepares for its 50th anniversary next year, Matt and Ben aim to ensure the continued environmental responsibility, and sustainability, of its practices. “We have brought in some really great people, such as David Powell, formerly Osborn Clarke, as NED, to support and mentor us as we grow the business into unchartered territory,” Ben reveals.

“We are seeing opportunities as a business to be able to make more proactive moves in responsible operation, and we will continue finding ways to gather knowledge, and deliver sustainable projects,” he concludes.