Back to Profile Gallery > Thakeham Group

For Thakeham Group, houses aren’t so much dwellings as they are individual pieces of a wider unsolved puzzle – but this UK-based house builder might just have found the solution

Thakeham is three things,” begins Rob Boughton, CEO at Thakeham Group. “We’re a strategic land promoter, we’re a house builder, and we’re a partnership contract builder.” By the end of our conversation, however, it becomes evident that Thakeham Group (Thakeham) is so much more.

In terms of strategic land promotion, Thakeham currently has 52 sites – consisting of more than 60,000 plots and 6000 acres of land – under its control throughout the south of England, across the Thames Valley, and in Oxfordshire and Cambridgeshire. Coupling the house and partnership building side of the business, Thakeham builds high-quality private homes in sought-after areas and affordable social housing, the latter being built exclusively for councils, housing associations, and institutionalised investors. 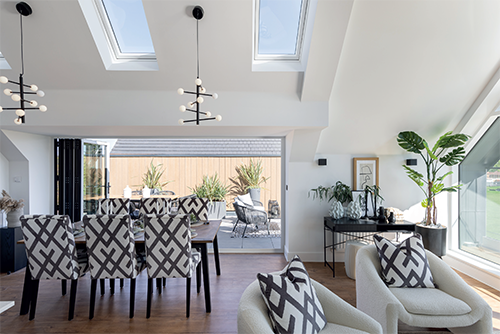 That’s certainly impressive – and we’re not the only ones to think so. Recently, Thakeham was awarded five-star builder status from the Home Builders Federation, a trade association representing private sector home builders in England and Wales, for the third year running. “Again and again, we’re rated as a five-star builder,” says Rob. “We’ve only participated for three years, and for three years in a row we’ve been awarded full marks. That’s because Thakeham’s focus on quality has always been at the heart of what we do. To that end, we’ve always worked with a separate quality inspection department and carried out rigorous inspection tests to maintain impeccable standards.”

“Fundamentally, it’s our belief that Thakeham is only as good as its people,” explains Rob. “Employees, partners, consultants, suppliers, subcontractors – everybody who is part of the wider Thakeham community makes us who we are as a company. So, for us, its hugely important that we treat people with respect, and that means creating an environment where people come to work, enjoy it, and also feel part of the decision-making process.

“When we first started, we made sure that every member of staff had private healthcare and access to a medical every year,” he adds. “Now we also provide counselling services because, in this day and age, and particularly after Covid-19, it’s essential – but it’s not the norm. Neither are we: our staff are provided with free days out for the family, you will often see ice cream and pizza vans turning up at the office or to our sites during the summer, and subcontractors will be regularly treated to a good breakfast. That’s our way of saying thank you. Very few of our competitors do anything like that. It’s hugely important, and it’s fantastic to have Best Companies recognise us for such.”

Internal value is certainly being generated at Thakeham; however, the construction company is also delivering strong social value to the communities in which it operates. “We started this journey with a focus on what we deliver and how we deliver it,” says Rob. “A few years ago, we were part of the NHS’ Healthy New Towns programme, which forced us to really consider the immense impact we have on the places and people we build homes for. That made us realise that – first and foremost – we’re a community creator. We’re not just building homes, we’re creating communities where people can come together, raise their families, and enjoy each other’s company in a safe and secure place.

“We’re intent on doing our job the right way,” he adds. “To do so, we’re leaving a legacy for landowners and families, and establishing standards of quality in not only the homes we build, but the wider communities we create. For instance, we have a partnership with the Plunkett Foundation, a UK-based charity which has been active for over a century. They are the primary provider for communities that have, say, lost a pub or a shop. They will come in, enable the local community to raise funds, buy that lost facility back, and get it going again as a community-owned business. We work with the Plunkett Foundation to build facilities, kit them out, and then gift them to the community. Members of the community will then run the facilities, making money for the local area. The entire process helps to create and then bind a community together. That’s a very different approach to house building, but it’s one we’re immensely proud of.” 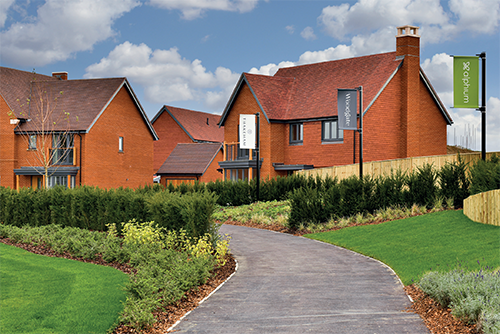 Communities are defined by their joint purpose and shared public spirit. Therefore, it’s worth mentioning, and Rob does, that Thakeham has only delivered policy compliant affordable housing schemes and they are tenure blind. In layman’s terms, that means the integration of local authority housing with private residential properties is seamless; the internals and externals are the same, and they are mixed up within a development. “By doing so, we’re preventing the creation of affordable housing parcels on the edge of a development,” explains Rob. “These parcels of homes are often built with cheaper front doors and windows, signalling to those living in them that they are somehow different. For these places, we aim to create a cohesive society at the micro level.”

Zooming out to the macro level, Thakeham is also keen to deliver positive changes to wider society, especially when it comes to the company’s impact upon the environment. “Over the last few years, we have become a leader in the industry’s sustainability arena,” observes Rob. “Back in January 2020, we pledged to the outside world that, by 2025, all the houses built by Thakeham will be Net Zero in terms of lifetime use, meaning that the end user – the homeowner or the person living in that home – will effectively have no energy bills relating to heating their home.”

Thakeham hasn’t stopped there. It has also taken on the mammoth task of establishing a carbon neutral house building process by reducing the footprint of each property as much as possible, and then offsetting any remaining carbon positivity through tree planting and other initiatives. “We want to be a Net Zero business,” asserts Rob. “We’re achieving that, and we’re exceeding expectations. For example, the government insists that building schemes should enrich their surrounding environments by an additional ten percent once completed; however, we will not be delivering a scheme with under a 20 percent enrichment rate.

“In addition, we’re an industry leader in terms of zero carbon placemaking, which is the way we lay communities out while initially designing them,” he says. “This will dictate, in essence, how people interact, how they utilise facilities, and how they move within and outside the area with regards to transport. We’re trying to drive away from a car-based society, and that means building walkways and cycle paths, as well as integrating green transport links. Indeed, for the last couple of years, our standard product has been 33 percent more efficient than the building regulations which we will be soon required to adopt in June of this year.”

Quite evidently, Thakeham is ahead of the game. With the rise we are currently seeing in energy and gas prices, energy-efficient and affordable homes have never been so important. “As a member of the Future Homes Hub, a partnership forged between the Home Builders Federation and the British government, we’re really trying to drive the industry forward,” explains Rob. “But we’re also focused on enacting real, physical change. If communities haven’t got schools, then we build schools and gift them to the community. Everyone knows that there’s a need for new housing in the southeast, but there’s also a need for facilities and infrastructure to support people living in those new homes. Our flagship project, Pease Pottage, has been immense: it has delivered around 200 units per annum and has seen the creation of schools, village greens, shops, and cafés for the local community.”

As the company looks forward, it intends on growing and continuing to shape the world as part of its new ten-year plan. “Our major focus is working towards our status as Net Zero before the beginning of 2025,” comments Rob. “As a result, we’re constantly exploring how we can improve; for instance, we’ve begun to install solar panels across commercial and residential properties, and we’re aiming to start introducing battery parks for these developments to make them operate as efficiently as possible.

“To that end, we’re constantly striving to not sit back and do what everyone else does, but instead push boundaries, drive better solutions, and come up with innovative services,” he concludes. “In the future, then, we aim to realize our overwhelming ambition of becoming a disruptive innovator within the construction industry, constantly producing the best possible results for our people and for the planet as a whole.”