Providing essential services in the MEP area, Al-Ahlia Integrated is a trusted contractor that works closely with the Government of Kuwait on some of the emirate’s signature new public buildings
Crucial services

Providing essential services in the MEP area, Al-Ahlia Integrated is a trusted contractor that works closely with the Government of Kuwait on some of the emirate’s signature new public buildings

In a not too dissimilar fashion to other Arabian Gulf countries, Kuwait is currently undergoing a period of active development, which involves the planning and implementation of socially 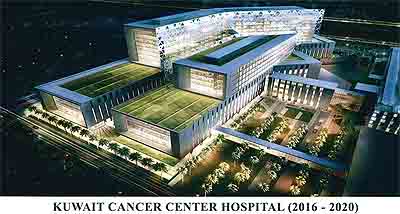 significant projects in the energy, road infrastructure, and public building construction fields. The emirate has directed its efforts towards the creation of new high-capacity solar energy facilities, the rehabilitation of key roads, and the construction of overbridges, whilst maintaining a focus on the development of a number of new schools, learning centres, and hospitals.

Al-Ahlia Integrated General Trading & Contracting Co. (AIGTC) is a valued partner in many of Kuwait’s ongoing schemes. Since its inception in 1977, the company has proven its expertise as prime contractor in the electro-mechanical (MEP) area time and again, delivering HVAC, plumbing, and fire suppression services, plus the various types of Electrical Services.

“We believe that our competences in these particular specialties have led to our continued success,” claims Shawkat Ghamrawi, President of Al-Ahlia’s MEP division. “The HVAC services are essential in ensuring the comfort of the buildings we provide them to, especially when they are executed to the highest standard possible. Our engineering team is involved in the full systems design review and/or partial design, always fully complying with the local and international codes and standards.”

Not limited to plumbing, Al-Ahlia’s prowess also incorporates the full scope of water services, such as irrigation, water treatment, storage water features and fountains, and sanitary, to mention but a few. What is more, in supporting its MEP activities, the company integrates fire extinguishing services, including fire alarm systems, as part of its offering.

From the very beginning of its operations, Al-Ahlia has been a company that prioritises quality and commitment through the use of the best materials and the employment of the most skilled engineers whose innovative approaches have been accompanied by the latest technology. Courtesy of this attitude, the business has been repeatedly acknowledged by various Governmental agencies and authorities, as well as leading local and international consulting firms, building rapport with stakeholders at various levels.

After 35 years of operating as an independent entity, in 2012, Al-Ahlia merged with Alghanim International General Trading & Contracting Co., thus becoming an active member and the MEP arm of the Fouad Alghanim & Sons Group and developing full MEP Services.

Shawkat comments: “The merger revolutionised the Al-Ahlia status, boosted its financial strength, gave us more economic power, helped us improve our reputation and rehabilitate our work spirit further. As a result of the move, we also decided to modify our company name, so that it can reflect more accurately our new status and the wider range of services we are now able to offer, 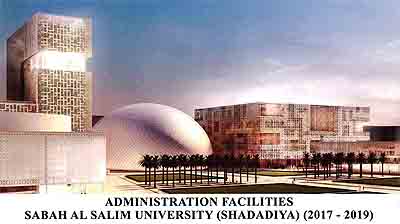 supported by stronger confidence in venturing into massive projects.”

At approximately the same time, a rise in the number of healthcare projects undertaken in Kuwait determined the direction Al-Ahlia was going to take in the ensuing years. “We are principal participants in new hospital developments where we are engaged in the delivery of MEP services, emulating the type of work we have already done in the past for power stations and water desalination plants,” Shawkat points out.

“Recently, we have successfully completed our commitment to the Al Razi Orthopaedic Hospital and installed a HVAC system for the extension of the Amiri Hospital. At the moment, we are responsible for the provision of MEP services for the Kuwait Cancer Centre and the country’s new Maternity Hospital,” he reveals.

Steady growth
The latter project is one of the biggest and most prestigious developments Al-Ahlia has worked on, its value being estimated at $170 million. Shawkat adds: “The company is covering all bases regarding MEP – from HVAC, plumbing, and fire suppression to the devise of a complete low-voltage security system. We are still in the early stages of the scheme, having won the contract for it only a few months ago, but we are on track and we are confident that it will be completed, as planned, by August 2021.”

Emboldened by the steady growth of the construction industry in Kuwait, Shawkat remains optimistic about Al-Ahlia’s perspectives for the immediate, as well as the long-term future. “The Government is showing ambition to construct new residential areas, which will, eventually, encompass some commercial centres, too. We also have an intention to start pursuing additional contracts in the private sector, albeit cautiously, to complement the public work we are already doing.

“Looking at the plans adopted by the Government, it seems to me that the next five years will see an increase in the infrastructure projects initiated by the authorities. In addition, there should also be several new major constructions and we are hoping that the Government’s proactive approach will encourage the private sector to follow suit,” Shawkat concludes, expressing his sentiments on the exciting conditions in which Al-Ahlia will have to operate in the years to come.