Skip to content
You are here:Home » Latest milestone
News 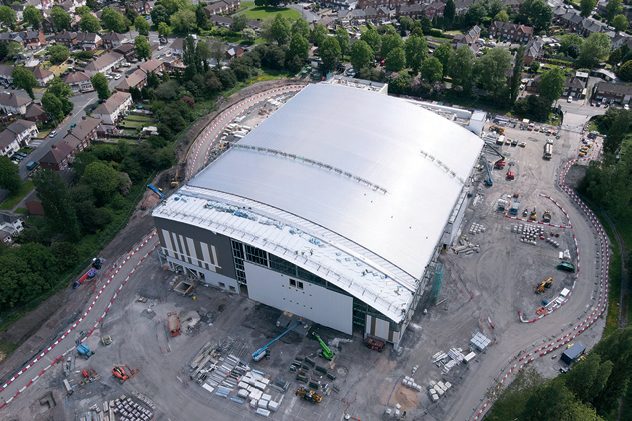 The first tile was laid by Nigel Huddleston, MP and Councillor Rajbir Singh, leader of Sandwell Council, along with other dignitaries and two work experience students Howard Dunn and Kye Roseblade.

With less than a year till handover, Wates is now focused on completing the interior of the state-of-the-art facility and finishing its three pools. This will see up to 190,000 tiles laid carefully to waterproof the 50m Olympic-sized pool, 25m diving pool and community swimming pool ready for use. Some 3,000m3 of concrete were used in the pools’ creation, which had to be carefully poured to an accuracy of mere millimetres to comply with Olympic standards.